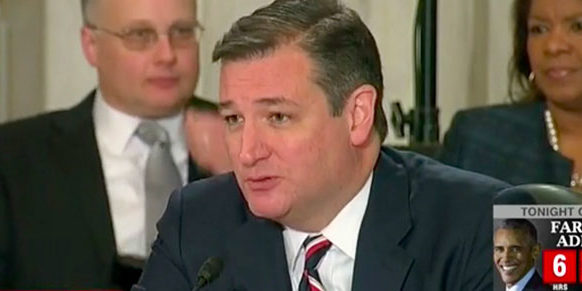 This is excellent. Ted Cruz turned his ire toward the Democrats today, exposing the blatant hypocrisy in their questioning of Sessions as opposed to their silence during the rampant lawlessness of the Obama administration.

Nobody does that better than Cruz and I love how he’s just not afraid to call them out on the carpet, in a gentlemanly manner of course.

But that’s not all. He then went after Al Franken for trying to undermine Sessions nomination by suggesting Sessions wasn’t honest about civil rights cases he’d worked on in the past.  Honestly I thought the questioning was just petty, but Cruz points out that it was actually quite dishonest. Way to go Ted Cruz!