WaPo Steps in It on Another Tweet, This Time Over Texas Shooter 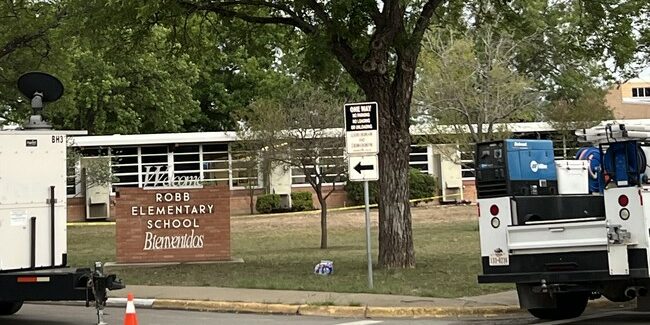 The Washington Post has not been having a good few days on Twitter. As I covered on Tuesday, they got George Floyd’s cause of death wrong in a tweet that remained online for 40 minutes, before they sought to cover up with a piss poor explanation. Early on Wednesday morning, in a tweet that as of this time is still up, The Washington Post also spoke about Salvador Rolando Ramos, the now-deceased suspect in the mass shooting at Robb Elementary School in Ulvade, Texas.

From the opening paragraph, as well as throughout, the article, which has three writers attached to it, plus two more who contributed, seeks to humanize Ramos:

The gunman in Tuesday’s elementary school massacre was a lonely 18-year-old who was bullied over a childhood speech impediment, suffered from a fraught home life and lashed out violently against peers and strangers recently and over the years, friends and relatives said.

Stephen Garcia, who considered himself Ramos’s best friend in eighth grade, said Ramos didn’t have it easy in school. “He would get bullied hard, like bullied by a lot of people,” Garcia said. “Over social media, over gaming, over everything.”

“He was the nicest kid, the most shyest kid. He just needed to break out of his shell.”

One time, he posted a photo of himself wearing black eyeliner, Garcia said, which brought on a slew of comments using a derogatory term for a gay person.

Garcia said he tried to stand up for him. But when Garcia and his mother relocated to another part of Texas for her job, “he just started being a different person,” Garcia said. “He kept getting worse and worse, and I don’t even know.”

When Garcia left, Ramos dropped out of school. He started wearing all black, Garcia said, and large military boots. He grew his hair out long.

Ramos’s cousin Mia said she saw students mock his speech impediment when they attended middle school together. He’d brush it off in the moment, Mia said, then complain later to his grandmother that he didn’t want to go back to school.

“He wasn’t very much of a social person after being bullied for the stutter,” said Mia, who spoke on the condition that her last name not be used because her family does not want to be associated with the massacre. “I think he just didn’t feel comfortable anymore at school.”

As of Wednesday morning, the tweet has 1,123 replies and of the 2,451 retweets, 2,075 are retweets taking issue with such a perspective from The Washington Post.