We Now Know Who Stopped the Uvalde Shooter 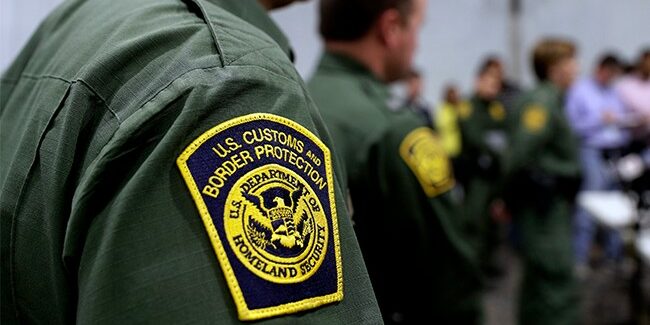 When a deranged 18-year-old stormed into a Uvalde, Texas, elementary school — after reportedly killing his own grandmother — and opened fire, there was apparently no one on hand to stop his rampage. No one, that is, until Border Patrol agents in the small city of around 16,000 residents heard of the unfolding horror and sprung into action without hesitation.

Uvalde, Texas, is home to a Border Patrol station due to its proximity to the U.S.-Mexico border some 70 miles away. As The Associated Press reported late Tuesday evening, a border agent “rushed into the school without waiting for backup and shot and killed the gunman, who was behind a barricade, according to a law enforcement official speaking on condition of anonymity because he was not authorized to talk about it.”

[Editor’s Note: AP apparently deleted their earlier story but left the above tweet of their initial report in place. A new piece was published here containing some of the original report.]

The selfless act of this heroic agent was the result of split-second thinking and a decision to risk his own life without knowing exactly what he was running into and without anyone covering his back. As The AP noted, the agent “was wounded but able to walk out of the school.” Thanks to this yet-unnamed border agent’s quick action, many more students and teachers were able to do the same Tuesday afternoon.

Earlier on Tuesday evening, Fox News’ Bill Melugin told Tucker Carlson that sources told him a BORTAC — Border Patrol Tactical Unit — agent and other border agents “formed a stacking maneuver while Texas law enforcement was engaged with the shooter who was barricaded.” As Melugin continued, the BORTAC agent “ended up exchanging gunfire with the shooter- killed the shooter,” and suffered a leg injury caused either by a shot from the rampaging gunman or shrapnel flying as a result of the firefight.

The Assistant Homeland Security Secretary for Public Affairs confirmed on Tuesday that Border Patrol agents were involved — and at least one was wounded — in the response to the horrific shooting, putting themselves in the line of fire to protect young children as the shooting unfolded.

Despite Border Patrol agents’ and other authorities’ heroic response to the horrific tragedy, President Biden did not once mention the first responders who intervened to stop the shooter. Instead, as Katie reported, Biden missed the mark and failed to act as the unifier he portrayed himself to be on the campaign trail in 2020.

Rather than praising the courage of agents who raced into the school without backup, Biden called for “courage” among lawmakers to “stand up to the gun lobby” without saying what, if any, action by Congress could have prevented Tuesday’s tragedy.