A federal Judge in the Eastern District of Pennsylvania ruled that President Donald Trump cannot strip grants to Philadelphia over its sanctuary city status on Wednesday.

U.S. District Judge Michael Baylson said in his ruling that the conditions the federal government placed on the city in order to receive the funding are unconstitutional, “arbitrary and capricious.” He also wrote that Philadelphia’s policies are reasonable and appropriate.

Philadelphia has said it will turn over immigrants to Immigration and Customs Enforcement only if the agency has a warrant signed by a judge. (Fox News)

Philadelphia Mayor James Kenney was so thrilled that he sang and danced the news with his chief of staff.

Watch below as Kenney does the jig and sings, “We are a sanctuary city.” 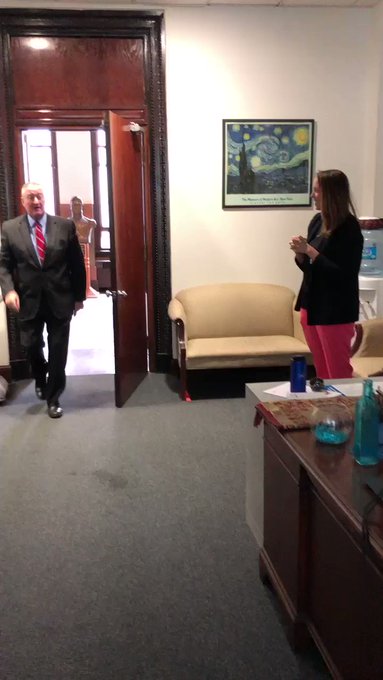 Steve Preston@StevePrest
Needless to say, I think @janeslusser and @PhillyMayor are pretty excited about today’s ruling affirming Philadelphia as a Sanctuary City.

Wow. So much for the rule of law.

Having sanctuary city status allows jurisdictions to refuse to cooperate with Immigration and Customs Enforcement officials. Liberal leaders on both coasts have used their sanctuary status to harbor illegal immigrants in their cities. On the East Coast, the NYPD and the N.Y. Department of Corrections reportedly ignored over 400 ICE detainers earlier this year. Meanwhile, Oakland, California Mayor Libby Schaaf even encouraged illegals to flee ICE raids. Her public warning allowed hundreds of illegal immigrants, some of whom had criminal records, to escape. A few of those individuals even committed new crimes.

Does that call for another song and dance routine?