Will DOJ Try to Prosecute Parents Who Refuse to Mutilate Their Children? 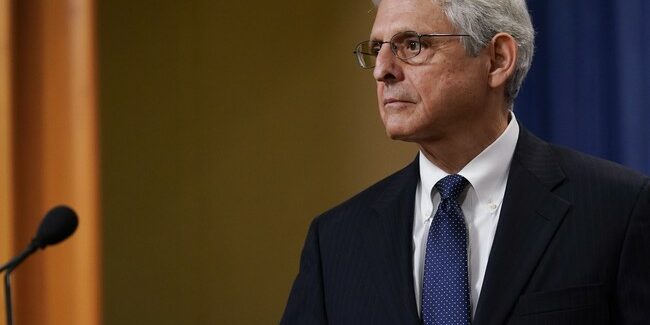 Last summer the Department of Justice and Attorney General Merrick Garland were caught red handed after they fulfilled a request by the National School Board Association, which was passed along by the Biden White House, to use the Patriot Act against parents who showed up at school board meetings.

Now, the same DOJ is being petitioned by the American Medical Association to crack down on parents and reporters who have exposed a number of child mutilation programs at hospitals across the country under the guise of “gender affirming care.” AMA calls reports about gender programs a “coordinated attack.”

“These coordinated attacks threaten federally protected rights to health care for patients and their families. The attacks are rooted in an intentional campaign of disinformation, where a few high-profile users on social media share false and misleading information targeting individual physicians and hospitals, resulting in a rapid escalation of threats, harassment, and disruption of care across multiple jurisdictions,” the AMA wrote in a letter to Garland Tuesday. “Our organizations have called on technology companies to do more to prevent this practice on digital platforms, and we now urge your office to take swift action to investigate and prosecute all organizations, individuals, and entities responsible.”

Rufo, who has been exposing radical curriculum in schools, sent Garland a message during an interview with Fox News.