Yeah, This Is Why Supporters Of The New Green Deal Don’t Want To Talk About The Price Tag 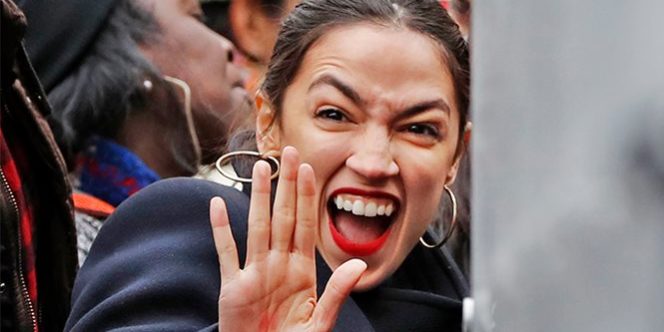 We all knew the New Green Deal was an acid trip into economic hell. It’s a hodgepodge of every left-wing fantasy in the book and packaged as a serious proposal. Some of the highlights you already know. It calls for a transitioning away from fossil fuels within the decade, the culling of farting cows, and upgrading every building in the country to energy efficient standards. Air travel would be eliminated as well. It’s everything that we thought Democrats actually supported and guess what; most of the 2020 Democratic field has signed off on it. It’s a perverted intrusion into everyday lives. It’s the embodiment of the condescending attitude liberal have concerning government’s relations with its voters. They know best is the mantra, says the crowd who thinks farting cows are enemies to the public. Oh, and did I mention that it will cost $94 trillion? So, that’s roughly $600,000 per household. The Washington Free Beacon’s Liz Harrington has more:

The American Action Forum study offers a conservative estimate of the costs of providing every resident in the country a federal job with benefits, “adequate” housing, “healthy food,” and health care.

Though Democratic socialist Rep. Alexandria Ocasio-Cortez’s (D., N.Y.) plan is vague on specifics, it calls for the “economic transformation” of the United States, a complete overhaul of transportation systems, and retrofitting every single building. A supplemental document explaining the plan, since deleted from her website after it was widely mocked on social media, called for jobs for everyone, even those “unwilling to work,” the elimination of air travel, and “farting cows.”

However, the American Action Forum was able to calculate estimates for several items the plan does propose, including guaranteed green housing, universal health care, and food security. Estimates of specific goals identified in the Green New Deal would cost each household in America between $36,100 and $65,300 every year.

The word lunacy comes to mind, folks. And we all know the far left is totally and unapologetically insane when it comes to issues like this. Remember that when 2020 rolls around.