Allen West is Running for Governor of Texas 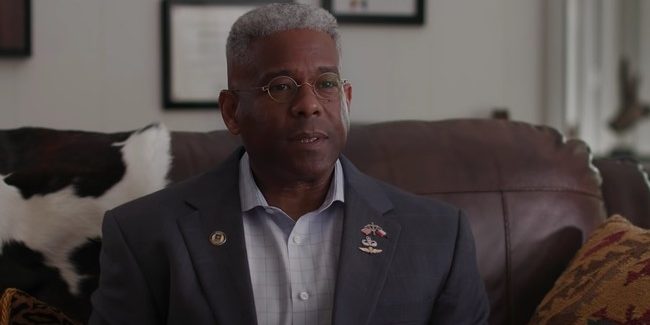 On Sunday, Col. Allen West announced he was challenging Gov. Greg Abbott (R-TX) in a Republican primary for the 2022 race. Patrick Svitek reported for The Texas Tribune that West made the campaign official at Sojourn Church in Carrollton.

As Svitek mentioned, this announcement comes not long after West resigned as the Texas GOP chairman, which is effective July 11. Such a move had fueled speculation that West was seeking higher office.

Though Abbott tends not to respond, West has gone after the sitting governor he is challenging before. From Svitek:

West quickly hinted that he was considering a run for statewide office after he announced his resignation, though speculation had run rampant for months that he was eying a bigger job. As state party chairman, he did not shy away from conflict with state leaders, most notably Abbott.

Since his election as Texas GOP chair in July of last year when he soundly beat then-incumbent James Dickey, West has criticized Abbott’s coronavirus response and sought to push the governor’s legislative agenda further to the right.

Abbott has mostly ignored West’s attacks. But the governor has increasingly catered to his right flank in recent months as he has appeared to try to tamp down potential vulnerabilities ahead of his reelection campaign.

While West may be a known Trump fan, something Svitek mentioned in his reporting, he also knows what really matters. Svitek quoted West, who in June pointed out “You know, I don’t serve President Trump. I serve God, country and Texas. So that does not affect me whatsoever.”

West served as as member of Congress from 2011-2013, for the 18th district. He was beaten by Democrat Rep. Patrick Murphy in an incredibly tight and closely watched race, 50.3 to 49.7 percent. Following a recount, West conceded two weeks after the election.