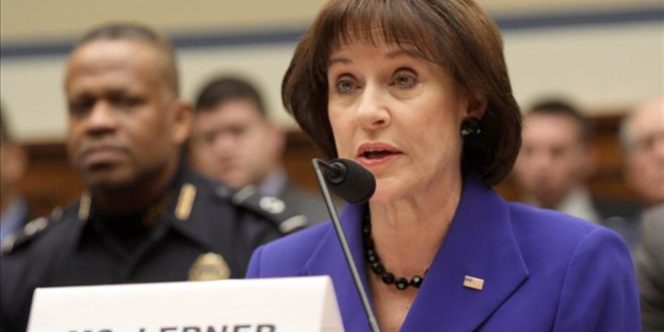 In 2013, the IRS was involved in a scandal regarding its Exempt Organizations Unit and conservative nonprofits. Tea Party and other right-leaning groups claimed that they were targeted for audits, or their applications for tax-exempt status were subjected to extraordinary scrutiny, which then-EOU director Lois Lerner later issued an apology. In doing so, the IRS admitted that they targeted conservative groups during the 2012 election. Lerner insisted this wasn’t politically motivated (via WaPo 5/10/13):

The Internal Revenue Service on Friday apologized for targeting groups with “tea party” or “patriot” in their names, confirming long-standing accusations by some conservatives that their applications for tax-exempt status were being improperly delayed and scrutinized. Lois G. Lerner, the IRS official who oversees tax-exempt groups, said the “absolutely inappropriate” actions by “front-line people” were not driven by partisan motives. Rather, Lerner said, they were a misguided effort to come up with an efficient means of dealing with a flood of applications from organizations seeking ­tax-exempt status between 2010 and 2012. During that period, about 75 groups were selected for extra inquiry — including burdensome questionnaires and, in some cases, improper requests for the names of their donors — simply because of the words in their names, she said in a conference call with reporters. They constituted about one-quarter of the 300 groups who were flagged for additional analysis by employees of the IRS tax-exempt unit’s main office in Cincinnati.

Lerner’s position within the agency became untenable and she resigned from the IRS in 2013. In 2015, the Department of Justice declined to file charges against Lerner in the matter and the case was closed. Yet, new documents obtained post-DOJ announcement revealed that Lerner might have broken the law when she requested 1.25 million tax records to be transferred from the IRS to DOJ’s criminal division in October of 2010. Some of the information in the documents had sensitive taxpayer information on them, according to Eliana Johnson, who was then still writing for National Review.

Now, almost 7,000 more document shave been found relating to the scandal, though we have no clue when they’ll be made public (via Free Beacon):

The Internal Revenue Service has located 6,924 documents potentially related to the targeting of Tea Party conservatives, two years after the group Judicial Watch filed a Freedom of Information Act lawsuit for them. The watchdog group intended to find records regarding how the IRS selected individuals and organizations for audits that were requesting nonprofit tax status. The agency will not say when it will make the documents available to the public.