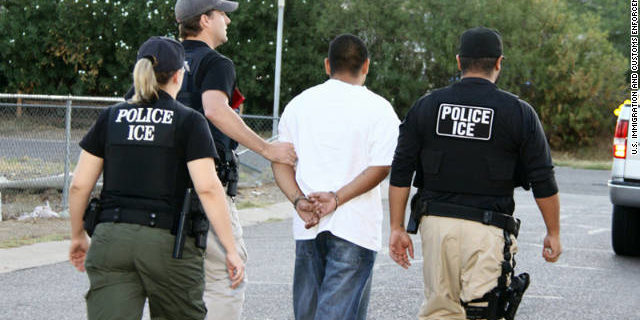 President Trump’s tough stance on illegal immigration seems to be paying off already.

In his first month in office, the number of people who illegally crossed the U.S.-Mexico border decreased by 40 percent, DHS Secretary John Kelly said Wednesday.

U.S. Customs and Border Patrol reported that the number of illegal border crossings dropped from 31,578 to 18,762 persons. Kelly said border agents usually see a 10 to 20 percent increase in illegal immigrant apprehensions from January to February.

“The drop in apprehensions shows a marked change in trends,” he said. “Since the administration’s implementation of executive orders to enforce immigration laws, apprehensions and inadmissible activity is trending toward the lowest monthly total in at least the last five years.”

Trump hit the ground running on illegal immigration when he first took office, signing an executive order that authorized the construction of a border wall and increased border security. He’s also looking to hire 5,000 more Customs and Border Protection agents and 10,000 more Immigration and Customs Enforcement agents. “We will remain vigilant to respond to any changes in these trends, as numbers of illegal crossings typically increase between March and May,” Kelly said. “However, the early results show that enforcement matters, deterrence matters, and that comprehensive immigration enforcement can make an impact.”