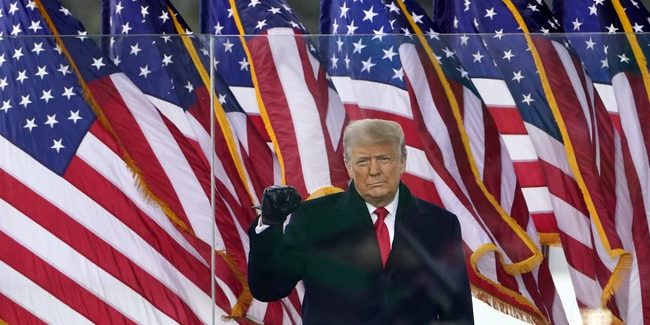 It’s déjà vu all over again. There’s the big bombshell that turns out to be total nonsense—a nothing burger. But even this story comes without the bun. There’s no meat. There’s no bun. There’s nothing. The January 6 Select Committee was established by Democrats to get Trump. Everyone else has gotten over this riot. We have much more important things to worry about, but Mark Meadows, Trump’s former chief of staff, turned over text messages. Fox News hosts and family members were included. It’s a gross invasion of privacy, but you know how far the anti-Trump wing of America, which includes some Republicans, will go to attack this man. The texts were not a smoking gun. In fact, it proved exactly the opposite of what the Left wanted to prove, which is that this was a pre-planned insurrection. It wasn’t.

It wasn’t a rebellion. It wasn’t an armed insurrection. It was a riot—and it’s over. The texts prove that a) the Trump orbit wanted the president to condemn the violence and b) it wasn’t a conspiracy at all. From day one, conservatives were constant in their anti-riot stance. The texts prove that which made liberals angry since they yet again turn up empty in their quest to attack the former president. Some of the texts presented were fabricated and Rep. Adam Schiff (D-CA) was at the forefront of that debacle. Schiff imbrues the credibility of this already laughable circus. It’s a witch hunt. And if he doctored this, there is a 100 percent guarantee that other narratives presented by this cabal of idiots were wrong too. Lo and behold, we have a new one.

You’ve all heard it: Trump didn’t do anything for 187 minutes. Well, that’s a lie. It was 25 minutes (via The Federalist):

Wyoming Republican Rep. Liz Cheney went after former President Donald Trump in her prime-time performance on Monday claiming that private messages of the president’s staff revealed an apathetic leader complicit in the riot at the Capitol as the attack unfolded.

“The violence was evident to all — it was covered in real time by almost every news channel,” said Cheney, House Speaker Nancy Pelosi’s hand-picked vice chair of the Select Committee on January 6. “But, for 187 minutes, President Trump refused to act when action by our president was required, indeed essential, and compelled by his oath to our Constitution.”

Trump’s 187-minute delay to action, she added, was a “supreme dereliction of duty.” An actual examination of the day’s events, however, shows no such delay.

According to a detailed timeline of the turmoil by The New York Times, the first building was not breached until about 2:13 p.m. The timeline was corroborated by The Washington Post, which stamped the first break-in at 2:15 p.m. Trump’s first tweet addressing the upheaval shortly followed at 2:38 p.m., when the president made a plea for peace, writing, “Please support our Capitol Police and Law Enforcement. They are truly on the side of our Country. Stay peaceful!”

About 30 minutes later, Trump addressed the demonstrators again on Twitter.

Exactly where Cheney came up with the 187-minute delay is unclear. If starting the clock from the time Trump finished his speech at the White House at 1:10 p.m., unrest at the Capitol gates had already been ensuing for about 20 minutes. During the address, Trump explicitly called on those gathered to protest “peacefully.”

Liz, give it a rest. No matter how hard you try—Trumpism is here to stay. It’s not like this was an ambush. There was a brutal 2016 primary. He came out on top. He won the election. He was president. It’s over. The takeover happened—and that’s the endgame. I understand this is the hill you’re going to die on but go out with some dignity. People know when they’ve lost. They understand that they’ve lost. You don’t seem to get that, lady. You’ve lost your leadership post. Your own state party is sick of you. Having enemies on both sides of the river is not good strategy, but you do you.