Ann Coulter: Republican Obstructionists ‘Hate Trump Every Bit as Much as MSNBC Does’ 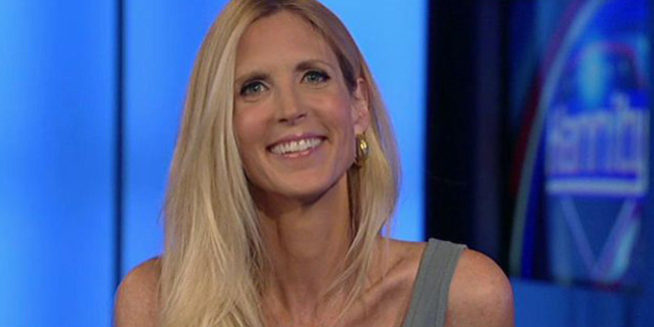 She went on to add that they “hate Trump every bit as much as MSNBC does.”

Coulter said, “I do think we’re getting a little Republican obstructionism with Trump as well. Come on. It takes 51 votes to confirm a nominee, so they put in, what, these blue slips and say, ‘no I’m holding.’ A one-person filibuster? No. McConnell should say you’ve taken this too far. We’re not going to let you put in your blue slips or yellow slips or whatever they call them and have one person stop a nominee. In one case,  Thom Tillis, he is going precisely against the Trump agenda. He refuses to confirm the head of the Immigration Service unless he can get a bunch more cheap foreign workers for the Chamber of Commerce.”

She continued, “McConnell could do something, and also I think some of these Republicans like Tillis ought to be called out.”

Coulter added, “A lot of them really, really hate Trump every bit as much as MSNBC does and they’re slow-walking everything, and they are not helping him.”