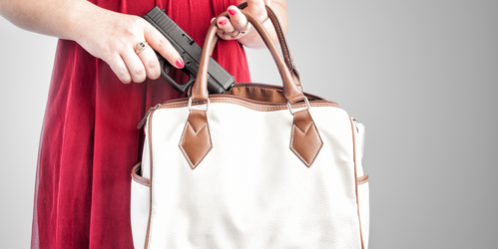 A federal appeals court on Tuesday ruled that the Constitution’s Second Amendment grants people the right to openly carry a gun in public for self-defense.

The 9th U.S. Circuit Court of Appeals made the ruling while rejecting a claim from Hawaii officials that the right should only apply to guns kept at home. The ruling was issued by a three-judge panel on the court and came about a year after the Supreme Court decided not to rule on the case.

Two of the three judges on the 9th Circuit voted to reverse a decision by the U.S. District Court in Hawaii that said officials did not infringe on the rights of George Young — the plaintiff who was twice denied a permit to carry a gun in public.  “We do not take lightly the problem of gun violence,” Judge Diarmuid O’Scannlain wrote in Tuesday’s ruling. “But, for better or for worse, the Second Amendment does protect a right to carry a firearm in public for self-defense.”

“Good cause licensing schemes, and extensive state regulation of public carry more generally, have a long history in the United States,” he wrote. “While explicitly declining to elaborate on specific regulations, the Supreme Court in Heller expressly noted that the right secured by the Second Amendment is ‘not unlimited’ and that there were ‘longstanding prohibitions’ that were ‘presumptively lawful.’”

In a statement, Kaena Horowitz, deputy corporation counsel for the county of Hawaii who argued the case, said the state is considering all of its options, including whether to seek a full court review of the decision. “The Young decision is unfortunate as it invalidates Hawaii law designed to protect the safety and well-being of the people of Hawaii,” he said. “Carrying firearms in public clearly poses a significant danger to the safety of our community and greatly increases the risk that police officers confront.” The decision from the court comes after a series of mass shootings, including one in Parkland, Fla., earlier this year, led to renewed calls for reforming the nation’s gun laws. The Supreme Court has been reticent in recent years to hear challenges to state gun control laws. The court refused last year to hear a challenge to Maryland’s ban on military-style rifles and detachable magazines, and in February denied to hear a challenge to a California law requiring a 10-day waiting period after all gun sales.