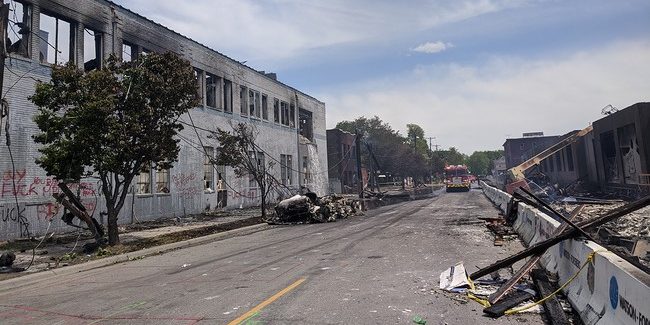 As most eyes were on gubernatorial races in Virginia and New Jersey on Tuesday, residents of Minnesota’s largest city voted on the future of the Minneapolis Police Department following months of escalating violence that made Minneapolis streets a dangerous place for the city’s residents and business owners.

With more than 55 percent voting “no,” Minneapolis residents decided that their city charter should not be amended to abolish the city’s police force, just another rebuke to Democrats and the far left agenda on Tuesday night.

As Townhall covered previously, the road to Tuesday’s vote was fraught with legal challenges from both sides of the debate over abolishing police in Minneapolis and replacing it with some sort of new public health-focused agency.

The question put to Minneapolis voters on Tuesday’s ballot appeared as:

Shall the Minneapolis City Charter be amended to remove the Police Department and replace it with a Department of Public Safety that employs a comprehensive public health approach to the delivery of functions by the Department of Public Safety, with those specific functions to be determined by the Mayor and City Council by ordinance; which will not be subject to exclusive mayoral power over its establishment, maintenance, and command; and which could include licensed peace officers (police officers), if necessary, to fulfill its responsibilities for public safety, with the general nature of the amendments being briefly indicated in the explanatory note below, which is made a part of this ballot?

Crime in Minneapolis has continued to escalate after weeks of riots and looting leveled entire swaths of the city in the wake of George Floyd’s death. Many small business owners chose to leave the city rather than rebuild, and previous cuts to police budgets and personnel paired with a lack of support from city leaders have left the city’s public safety situation in dire straights.

In October, an outbreak of carjackings targeting rideshare drivers — with 12 taking place in one seven-day period as Townhall covered here — led to a citywide crime alert being issued. Republican National Chairwoman Ronna McDaniel applauded Minneapolis voters’ decision and heralded the vote as a sign that the Democrats’ “defund the police” movement is untenable to voters even in the bluest of cities.