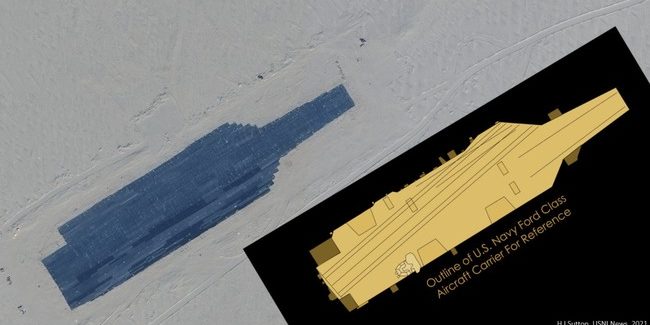 President Biden is back in the United States after last week’s trip to Europe during which he met with world leaders in pursuit of a new climate deal even as crises raged back home in America. His administration — including Secretary of Transportation Pete Buttigieg — continues work with allied countries at the ongoing United Nations climate summit in Glasgow, Scotland, but some of America’s foes were busy with things not related to the climate change confab.

Among them, China and Russia. Rather than indulging talk of emissions caps and new energy sources, the two communist strongholds were busy showing the world its priorities. Namely, increasing military power and escalating tensions at its margins while President Biden and other free countries looked into how they could limit their own nations. For China’s part, it was discovered that Xi Jinping’s military had cobbled together a mock U.S. aircraft carrier along with several other American warships to use for target practice in satellite photos from late October.

According to USNI News, the location where the fake American fleet has been constructed is the same one where the Chinese military previously conducted tests for its “carrier killer” anti-ship ballistic missiles as it continues to threaten Taiwan and others operating within the South China Sea.

Even as President Biden has canceled energy projects in the United States as part of his detrimental climate agenda, he gave Russia permission to continued expanding its gas and oil industry to the dismay of American workers and those now facing dependency on Russian goodwill to keep vital oil and gas flowing.

At the same time, and sensing the same weakness from Biden’s leadership, Russia has been amassing troops and military equipment along its border with Ukraine. The trend has become so alarming, that President Biden dispatched his CIA Chief — Bill Burns — to Moscow to try and talk Putin down from what could turn into another land grab following the military annexation of Crimea in 2014.

Meanwhile, the Biden administration is busy talking about racist bridges and the scourge of fossil fuels while the president wags his finger at China and Russia for skipping the U.N. climate summit.