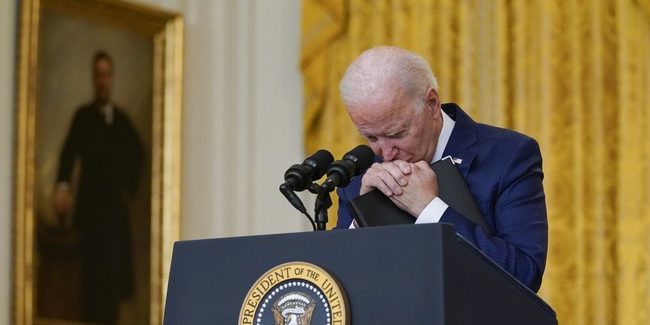 New wholesale inflation numbers from September are in and once again prove the rapid increase in prices for everyday items isn’t “transitory” as President Joe Biden has repeatedly claimed.

“The Labor Department reported Tuesday that its producer price index — which measures inflation before it hits consumers — rose 0.6% last month from September, pushed higher by surging gasoline prices. Excluding volatile food and energy prices, wholesale inflation was up 0.4% in October from September and 6.8% from a year ago,” the Associated Press reports. “More than 60% of the September-October increase in overall producer prices was caused by a 1.2% increase in the price of wholesale goods as opposed to services. A 6.7% jump in wholesale gasoline prices helped drive goods prices up.”

In recent weeks, Biden administration officials have essentially told Americans to get used to price increases and that there’s nothing they can do to mitigate costs.

“It will be more expensive this year than last year,” Energy Secretary Jennifer Granholm recently said during an interview with CNN.

Further, the supply chain crisis is starting to impact homeless shelters and food kitchens across the country.