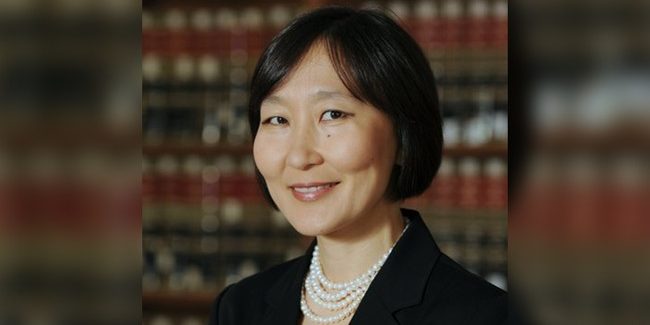 In September President Joe Biden nominated Saule Omarova to become comptroller of the currency at the Department of Treasury. The White House boasted that if confirmed, Omarova will be “the first woman and person of color” to hold the position.

But whether Omarova will be confirmed by the U.S. Senate is a big question and it has nothing to do with her gender or race.  “Omarova is a controversial pick. Born in the Kazakh S.S.R. in 1966, she attended school in the provincial town of Oral (known in Russian as Uralsk). After excelling in school, she studied philosophy at Moscow State University, winning a V.I. Lenin Scholarship for academic excellence,” Radio Free Europe reports.

When the White House announced Omarova’s nomination, her biography did not include her studies at Moscow State University or the title of her thesis, “Karl Marx’s Economic Analysis and the Theory of Revolution in The Capital.”  During recent remarks, Omarova said oil companies must and “should” go bankrupt if the U.S. is serious about combatting climate change.

“Calling to bankrupt the fossil fuel industry that drives nearly our entire economy is dangerously misinformed. Yet zealots like Saule Omarova and the climate radical crowd have the failing Biden administration in their pocket as they attempt to destroy American energy jobs and stifle innovation,” American Accountability Foundation founder Tom Jones tells Townhall in a statement.

If confirmed, Omarova would be in charge of the Office of the Comptroller of the Currency. The OCC “charters, regulates, and supervises all national banks, federal savings associations, and federal branches and agencies of foreign banks.”