Chicago PD Cancels Officers’ Days Off Ahead of Rittenhouse Verdict 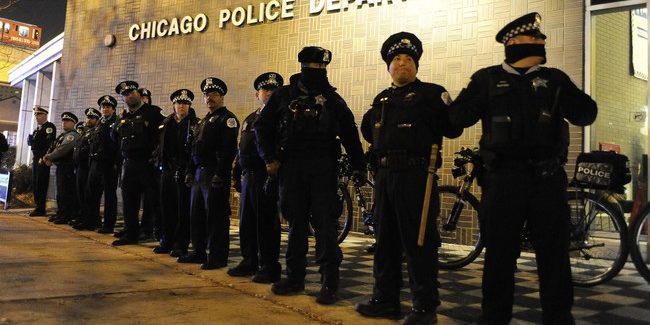 An internal memo circulated to officers with the Chicago Police Department this week notified its force that “starting with the first watch Friday, regularly scheduled days off for all sworn personnel will be canceled.”

The memo continued, explaining that all personnel “will be attired in the prescribed regulation field uniform of the day, including helmet, baton and yellow safety vest.”

While the Chicago Police Department’s notice to its rank-and-file made no mention of the Kyle Rittenhouse trial taking place some sixty miles to the north in Wisconsin, it’s impossible to ignore the fact that the memo comes as prosecutors’ attempts to convince a jury to convict RIttenhouse have more or less fallen apart.

Given the Antifa/BLM crowd’s threats and reactions surrounding earlier trials related to the violence that unfolded in cities across the country, a peaceful reaction to a not guilty verdict cannot be assumed.

As Townhall’s Julio Rosas — whose video coverage of the August 2020 Antifa and BLM riots in Kenosha was used in the trial that he’s now covering from inside the courtroom — explained last night on Fox News Primetime, the prosecution team’s witnesses undermined their own case.

Making the situation more fraught, mainstream coverage of the trial has failed to accurately cover the facts presented in court or how weak the prosecution’s case was from the start, as Julio’s been reporting from inside the courtroom.

Flawed media depictions of the prosecution’s case as some kind of slam dunk combined with the already heated rhetoric smearing Rittenhouse mean that an acquittal could cause leftists to again react violently as they often threaten and sometimes do in the wake of outcomes they didn’t want.

Already, as Julio has also covered, the judge in the Rittenhouse trial revealed that outsiders have been trying to film and gather information about the jurors, presumably to identify, harass, or otherwise target those forced to follow the law, not the wishes of social justice warriors in deciding the case.

It’s almost as if media outlets and leftist personalities are trying to induce or at least prepare individuals to riot again. An honest objective viewing of both the law involved and the case at hand suggest that a guilty verdict is not likely. But those only following mainstream media coverage will wrongly see acquittal as some kind of miscarriage of justice due to the warped media lens through which they’ve viewed the proceedings.