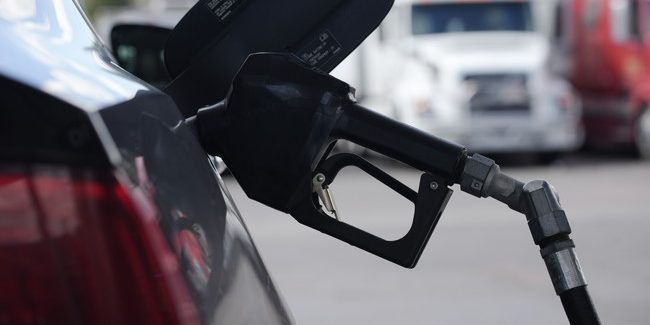 A group of Senate Democrats expressed their dismay over rising gas prices in a letter to President Biden this week, urging him to “consider all tools available at your disposal to lower U.S. gasoline prices.”

As Spencer reported, their ideas included “a release from the Strategic Petroleum Reserve and a ban on crude oil exports.” But energy experts sounded off on their proposed strategies for bringing down prices, calling them “pure folly.”

“That proposal does absolutely nothing to alleviate higher prices or to make prices lower than in any sort of relative sense,” Karr Ingham, a petroleum economist at the Texas Alliance of Energy Producers, told Fox News. “The economics of that are pretty clear. And if the suggestion on the part of the administration is that in implementing a ban on U.S. crude oil exports makes US domestic crude oil prices lower and therefore, for example, U.S. gasoline prices lower, that’s pure folly, that is not the effect.”

Not only won’t it help, “it probably makes prices higher, not lower,” he added. The solution isn’t complicated, Ingraham argued: Let oil and gas producers do their jobs.

“[G]et out of their way. Let them go to work,” Ingham said. “Remove as much uncertainty as can be removed from the legislative, regulatory, and economic environment and let them get back to the business of growing U.S. domestic crude oil production energy production as rapidly as they can.”

Ingraham, of course, isn’t the only critic.

“First of all, this is 100 percent political posturing,” Sitton told Fox News Digital. “Democrats spent the last campaign season beating up on oil and gas, really leaning into climate change and things we need to do to affect climate change and that had a profoundly chilling effect on oil and gas investments, which has created or been a huge part of creating the oil shortage and now the gasoline price problem.”

“So, what they’re trying to do is save face to make it look like we are not to blame for the gasoline price problems when of course, they know that they are,” Sitton continued.

Sitton says that Democrats are hoping that in the short term a crude oil export ban would lower the price of U.S. crude oil so that the US refinery feedstocks would be cheaper and therefore gasoline would be cheaper but says they are making a “massive miscalculation.”

“What it would do is it would tank the price of U.S. crude oil and therefore kill the U.S. oil business,” Sitton explained. “At the same time, it would skyrocket the price of overseas crude oil, which means Russians and Saudi Arabia would be making tons of money and the U.S refining company would still have to pay that premium price for the crude oil it needs. It would tank the U.S. crude oil business while benefiting overseas competitors.” (Fox Business)

The senators’ plea comes as the Biden administration is quietly considering the ramifications of closing down yet another pipeline.