Austin serial bomber may have other devices ‘out there,’ cops uncover ‘treasure trove of information’ 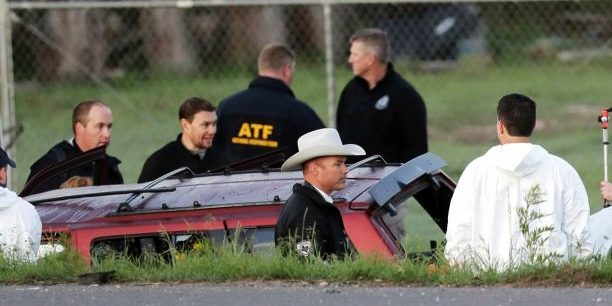 Mark Anthony Conditt was named Wednesday as the serial bomber behind the string of blasts that terrorized Texas for three weeks and left two people dead, as officials warned residents that other explosive devices may still be out there. The first photo of Conditt, from 2013, emerged Wednesday morning and was authenticated by the Austin American-Statesman. The picture came from the Facebook page of his mom, Danene Conditt, who appeared to be celebrating Mark’s high school graduation. “I officially graduated Mark from High School on Friday,” her post said. “1 down, 3 to go. He has 30 hrs of college credit too, but he’s thinking of taking some time to figure out what he wants to do….maybe a mission trip. Thanks to everyone for your support over the years.”

Conditt, who a law enforcement official identified as the Austin bomber, can be seen in surveillance photos obtained by Fox News dropping off two suspicious packages on Sunday from inside a South Austin FedEx Office store on Brodie Lane.

One of the two packages exploded on a conveyor belt at a FedEx sorting facility outside of San Antonio in Schertz on Monday, while the second package was intercepted by authorities at a facility near the Austin airport.

Texas Gov. Greg Abbott told “FOX & friends” authorities were able to gather information, in addition to the surveillance video showing Conditt in a “disguise” of a blonde wig and gloves to piece together various pieces of the puzzle to give law enforcement the ability to track him down. Conditt was home-schooled and went to Austin Community College, according to neighbors.

“I know this is a cliché, but I just can’t imagine that,” a neighbor told the Austin American-Statesman on the condition of anonymity, and whose children grew up playing with Conditt. Authorities have said Conditt was 24, but public records obtained by the Statesman indicate he was 23.

He and his father, Pat Conditt, purchased a Pflugerville property last year that is now valued at about $69,000, according to property records. Another neighbor who was not named told KVUE that Conditt was from “one of the nicest families you’d want to have,” and was “extremely surprised’ to find out he was behind the deadly bombings.  “I can tell you is that we’re praying for the family, and I can’t imagine what they’re going through,” he said. The neighbor who spoke to the Statesman said Mark Conditt had been living in that house, which he built with his father’s help.

The mayor of Pflugerville said he lived only two blocks away from Conditt in a part of the city known as Old Town.

Mayor Victor Gonzales told The Associated Press that police had surveillance on the home overnight Tuesday, though he said he didn’t personally know the family. Gonzales told the AP he had concerned neighbors approaching him because of the large police presence in the neighborhood, but he let them know everything would be OK.