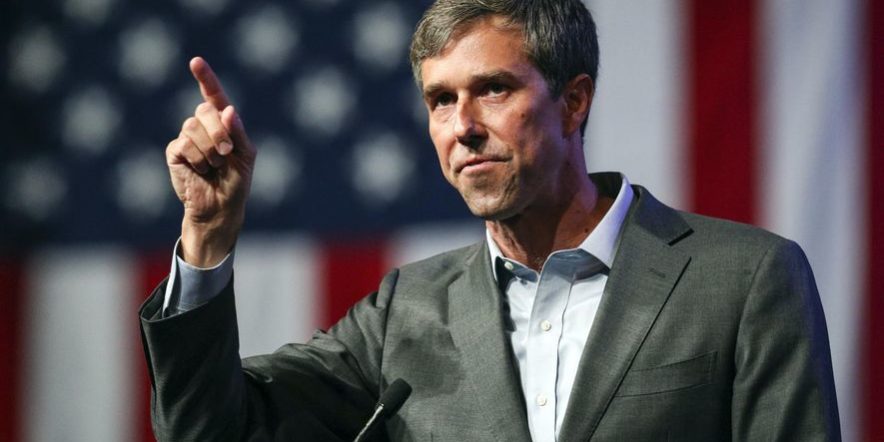 Texas Rep. Beto O’Rourke has jumped into the NFL national-anthem fray by defending players taking a knee during the ceremony, saying he could think of “nothing more American.”

In a response going viral on social media, the Democrat seeking to unseat Sen. Ted Cruz, Texas Republican, compared the NFL kneelers to civil-rights icons like Rosa Parks and the Freedom Riders during a campaign appearance last week in Houston.

“So non-violently, peacefully, while the eyes of this country are watching these games, they take a knee to bring our attention and our focus to this problem to ensure that we fix it,” Mr. O’Rourke said. “That is why they are doing it,” he said. “And I can think of nothing more American than to peacefully stand up, or take a knee, for your rights, any time, anywhere, in any place.”

Among those sharing Mr. O’Rourke’s reply was Colin Kaepernick, the free-agent quarterback known for taking a knee during the 2016 regular season. After no team signed him in 2017, he filed a grievance with the NFL alleging that owners colluded against him over his kneeling.

Mr. Cruz, meanwhile, took issue with his opponent’s defense of those refusing to stand for “The Star-Spangled Banner” at a weekend rally in Corpus Christi. “When Beto O’Rourke says he can’t think of anything more American [than players taking a knee], well, I got to tell you, I can,” Mr. Cruz said to loud applause, according to the Corpus Christi Caller Times.