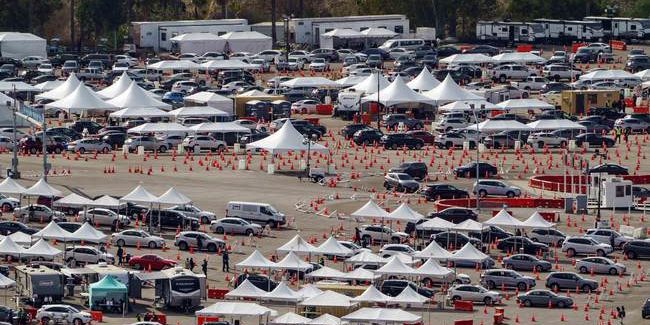 Officials from the Food and Drug Administration and Centers for Disease Control and Prevention held a press conference Tuesday morning after announcing a “pause” in the use of the Johnson & Johnson COVID vaccine.

The pause, FDA Center for Biologics Evaluation and Research Director Peter Marks explained, was brought about by “a rare type of blood clot known as cerebral venous sinus thrombosis, or CVST, in combination with low levels of platelets in the blood called thrombocytopenia in women 18-48 who presented with symptoms between six and thirteen days” after receiving the Johnson & Johnson vaccine. When asked what caused the adverse reaction, Marks stated that “we don’t have a definitive cause, but the probable cause that we believe may be involved here, that we can speculate, is a similar mechanism that may be going on with the other adenoviral vector vaccine.”

Federal health officials on the audio press conference confirmed that, out of six adverse CVST reactions attributed to the Johnson & Johnson COVID vaccine, one case was fatal and another person is currently in critical condition after receiving the J&J vaccine.

Acknowledging that this development may cause people who’ve already received the Johnson & Johnson vaccine to be “very concerned,” the CDC’s Principal Deputy Director Anne Schuchat stated that the risk to those who received the J&J vaccine more than a month ago is “very low at this time.” But for those who recently got the vaccine—”within the last couple weeks”—according to Schuchat, “they should be aware to look for any symptoms” including “severe headache, abdominal pain, leg pain, or shortness of breath.”