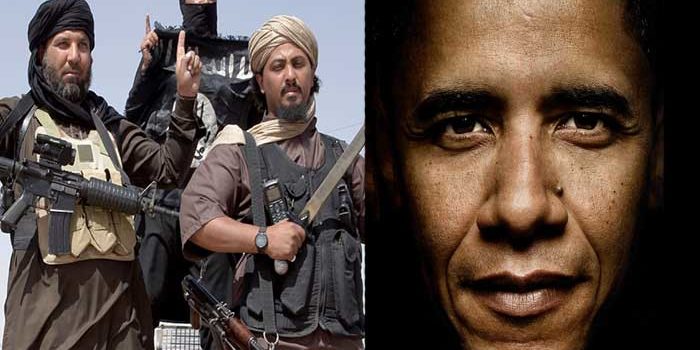 Intelligence reports produced by U.S. Central Command that tracked the Islamic State’s 2014-15 rise in Iraq and Syria were skewed to present a rosier picture of the situation on the ground, according to a bombshell report released Thursday by a House Republican task force.

The report concluded that intelligence reports from Central Command were, in fact, “inconsistent with the judgments of many senior, career analysts.”

Further, the report found, “these products also consistently described U.S. actions in a more positive light than other assessments from the [intelligence community] and were typically more optimistic than actual events warranted.”

Rep. Mike Pompeo, R-Kan., who was involved in the House report, said Thursday the data was clearly “manipulated.”

“They wanted to tell a story that ISIS was the JV, that we had Al Qaeda on the run,” he told Fox News. “This is incredibly dangerous. We haven’t seen this kind of manipulation of intelligence … in an awfully long time.”

It is unclear how high up the reports in question went, though the task force found “many” Central Command press releases, statements and testimonies were “significantly more positive than actual events” as well.

The joint task force report blamed “structural and management changes” at the CENTCOM Intelligence Directorate starting in mid-2014 for the intelligence products. Surveys provided to the task force, according to the report, showed 40 percent of analysts later claimed they “had experienced an attempt to distort or suppress intelligence.”

The report also said senior leaders relied on details from coalition forces rather than “more objective and documented intelligence reporting,” using this as a rationale to change reports – sometimes “in a more optimistic direction.”

The Defense Department inspector general is now taking a close look at the findings – and looking for more possible whistle-blowers. The joint task force described its assessment released Thursday as an “initial report” and continues to investigate.

“The facts on the ground didn’t match what the intelligence was saying out of the United States Central Command,” Pompeo said.

The Pentagon did not comment in depth on the report, citing the ongoing IG investigation.

However, spokesman Lt. Cmdr. Patrick L. Evans said the intelligence community assessments are “based on multifaceted data related to the current security environment.”

“Experts sometimes disagree on the interpretation of complex data, and the Intelligence Community and Department of Defense welcome healthy dialogue on these vital national security topics,” he said in a statement.

When the allegations initially surfaced last year, the White House insisted no onein the administration pressured anyone, and suggested blame may rest with the military.