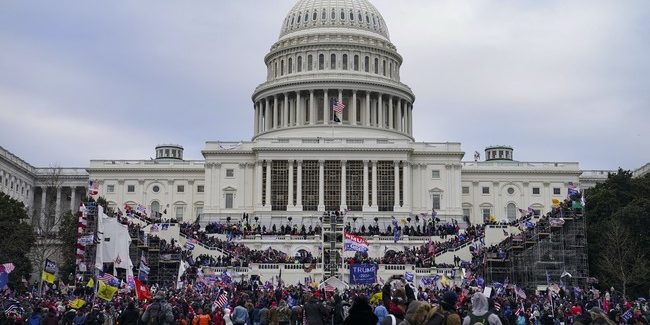 The anti-Trump January 6 circus is underway and yesterday did not disappoint. The Democrats called up police officers to testify. Nice move since who will attack cops, right? Well, they become agents for the Democratic Party—It’s fair game. One officer, Harry Dunn, gave a tearful recount of the racial epithets hurled at him and other black police officers on the day of the riot which Democrats think was akin to the 9/11 terror attacks. Yeah, we have receipts.  The Federalist found that Officer Dunn has previously defended violent protests during the summer of 2020. Why the change of heart? This couldn’t be politically motivated, right (via The Federalist):

“I’m embarrassed to have once looked up to you @SecretaryCarson you have sold out and are acting as narcissistic and egotistic as your boss. #Iexpectedbetter,” Dunn tweeted at Former US Secretary of Housing and Urban Development Ben Carson.

“I hate @TuckerCarlson what an out of touch asshole that has no clue about anything that doesn’t look like him or agree with him. #getoverit,” he tweeted in 2019.

The racial slurs are obviously indefensible. Not even going there, but it’s obvious that Officer Dunn has a liberal bias. He’s willing to help the Democrats in their effort to blunt the potential electoral losses that await them in the 2022 midterms. And it all circles back to this thing being an orchestrated political attack against Donald Trump and his supporters. It’s not about the truth.  It’s not about what Liz Cheney thinks this committee will be. It’s just another campaign stunt in the vein of the COVID-infested Democratic politicians from Texas who arrived in DC on a private plane to promote HR 1. It’s not a shocker that Democrats are obsessed about January 6 which no one outside the beltway cares about. We’ve moved on—but it’s something else when Pelosi Republicans join the effort.

Some classic theater is about to be produced, ladies and gentlemen. It’s a way for Democrats to avoid doing their jobs. Tackling rising inflation which will impact more people than this riot ever could is simply too difficult.