Clinton: Threat of Uranium One Special Counsel Is ‘Abuse of Power’ 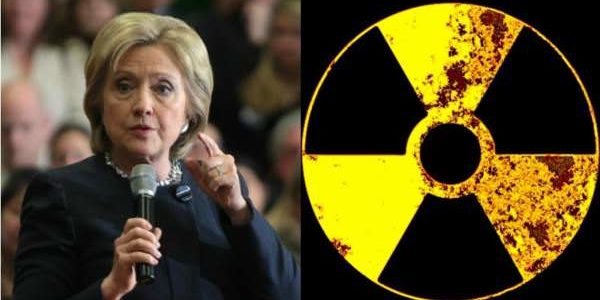 Hillary Clinton likened the prospect of a special counsel investigating her involvement in the Uranium One deal to what would happen in an authoritarian regime, calling the threat of such an appointment “an abuse of power.”

“If they send a signal that we’re going to be like some dictatorship, like some authoritarian regime, where political opponents are going to be unfairly, fraudulently investigated, that rips at the fabric of the contract we have, that we can trust our justice system,” Clinton told liberal site Mother Jones about reports Attorney General Jeff Sessions asked prosecutors to look into whether a special counsel is necessary.n“It will be incredibly demoralizing to people who have served at the Justice Department, under both Republicans and Democrats, because they know better,” Clinton added. “But it will also send a terrible signal to our country and the world that somehow we are giving up on the kind of values that we used to live by and we used to promote worldwide.”

As a refresher on Clinton’s involvement in the Uranium One deal:

Uranium One, with headquarters in Canada, is one of the world’s largest producers of uranium with holdings in the United States. It is a subsidiary of the Russian nuclear agency, Rosatom.

At the time of the Obama administration decision to allow Rosatom to buy Uranium One, Mrs. Clinton — Mr. Trump’s opponent in the 2016 presidential race — was secretary of state. People associated with Uranium One had donated millions of dollars to the Clinton family’s charitable organization, the Clinton Foundation.

Because the State Department was one of nine United States government agencies that signed off on the deal, questions have been raised about whether there were any connections between deal’s approval and the donations to the Clinton Foundation. (NYT)

Sessions seemed to throw cold water on reports of a special counsel being appointed to investigate Clinton during Wednesday testimony, however.  Rep. Jim Jordan asked what it would take to get a special counsel, citing evidence that has come forth about how the FBI decided not to charge Clinton over the email scandal, in addition to possible links between the FBI and the Russian dossier.

“’Looks like’ is not enough basis to appoint a special counsel,” Sessions responded. Later, however, he clarified that in his exchange with Jordan, “I did not mean to suggest I was taking a side one way or the other on that subject.”

Clinton has denied wrongdoing, saying the Uranium One story “has been debunked countless times by members of the press, by independent experts.” “It is nothing but a false charge that the Trump administration is trying to drum up to avoid attention being drawn to them,” she added.