Clyburn Admits the ‘Voting Thing’ Is About Keeping Democrats in Power 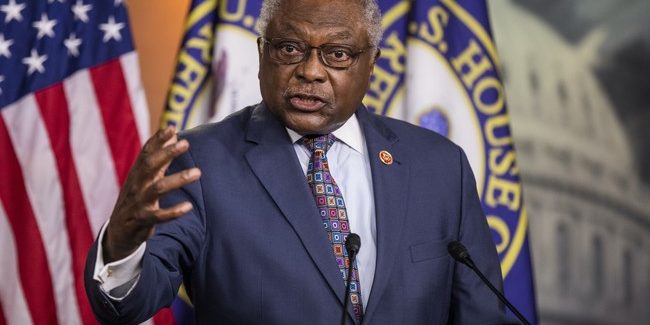 President Joe Biden will travel to Philadelphia today. There, he will give a speech opposing efforts by Republican lawmakers to bolster voting integrity through voter identification requirements and bans on ballot harvesting.

According to White House Press Secretary Jen Psaki, Biden will argue these efforts are the gravest threat to democracy since the Civil War.

But in a new interview with NBC News, Democrat Majority Whip James Clyburn is saying the quiet part out loud and admitting efforts by the left to federalize elections, through the elimination of the filibuster, is about maintaining power for the party.

“We screw up this voting thing and [Raphael] Warnock ain’t going to be in the Senate and we ain’t going to win nothing in North Carolina and we won’t have a chance down in Florida,” Clyburn said while “referring to three Senate battlefields in the midterm elections where he suggested that there are fears that Black turnout could suffer because of Republican voting changes.”

The vast majority of Americans support voter identification laws and Georgia’s election integrity law — which expands early voting — is popular in the state. A federal judge recently upheld the legislation after a legal challenge. Republican governors and attorneys general around the country have been fighting against the federalization of elections, with Arizona recently scoring a big with at the Supreme Court.

Over the weekend, Vice President Kamala Harris argued voter identification is a blockade to voting because rural Americans don’t have a Kinkos.