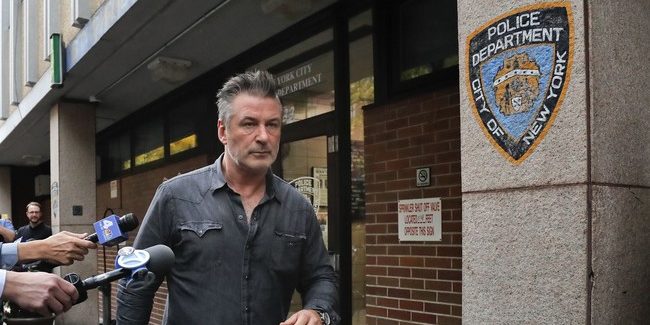 I wrote about how the armorer on the set of the film Rust was nervous and doubted her abilities. That doesn’t mean she was at fault and I mentioned to keep an eye out because the Left will weaponize these remarks to protect Alec Baldwin, who accidentally shot and killed the film’s cinematographer, Halyna Hutchins, last week. No matter what was said, Baldwin pulled the trigger. He took another director’s word that it was safe. He didn’t check for himself—and a woman is now dead. Joel Souza, the director, was also injured in the incident.  Yet, Dana Loesch was first to fire the warning flare about the liberal media’s predictable pivot. The New York Post reported on a story about how this armorer angered Nicolas Cage so much in a past production that he walked off the set. So, is she totally at fault? No. This was a systemic failure.

“There is enough blame to go around, but it’s disgusting to see a blatant PR effort aimed at placing the entirety of the blame on the younger women hired by the lead producer and talent running the set. Inexcusable and people are giving Baldwin a pass for it,” wrote Loesch.

“I don’t care how “rookie” someone was — that only makes Baldwin look even more irresponsible as part of his job was to know what was happening on his set. Period,” she added.

Stephen Gutowski, a firearms expert, reporter, and certified NRA instructor, wrote on his site The Reload that this tragic accident was the result of a series of errors. He had done an interview on this accident for Cheddar News:

“Really, there was a series of mistakes made that led to this,” Gutowski said. “There had to be because this is a very rare event on a Hollywood set or any set. There are strict protocols that are supposed to be followed and you have to break several rules along the way in order to get to something like this.”

He specifically pointed to live ammunition being present in the first place as the biggest failure.

“I think the biggest mistake here was the mixing of live ammunition with blanks,” Gutowski said. “That should never happen on a movie set or in any context, really. It’s something that can be deadly and, in this case, was.”

He also pointed to the fact that Baldwin was reportedly told the gun was unloaded by the person who handed it to him. Given it clearly wasn’t, it is also clear nobody in the chain of people who handled the gun actually checked to ensure it really was unloaded. He said that was a serious failure.

Another clear failure was the gun being pointed in the direction of people, according to Gutowski.

“A gun had to be pointed at someone for this to end the way it did,” he said. “Usually, they try to mitigate how often that occurs–if ever. Really, you should strive to make it so that a gun is never pointed in the direction of a person, even when you’re using blanks, because they can be dangerous. So, you have to follow through on these things all the time.”

“Anytime you’re using a gun, even if they’re just designed to fire blanks, but anytime you use a real gun as well there’s dangers involved. There’s risks involved,” Gutowski said. “Anyone who handles that firearm ought to know the proper safety rules to handling that firearm. For instance, in this case, Alec Baldwin was told the gun was “cold’ or unloaded–it didn’t have any ammunition in it. Well, that’s easy to check. And he was apparently told that by the Assistant Director which would’ve been at least the second person to handle that firearm. So, everyone along the way should’ve been checking to make sure that gun was actually unloaded. It doesn’t take long to do that. Anyone can be trained to do it. So, that’s one of the circumstances where there were a number of breakdowns before we got to a circumstance where somebody was killed.”

And now, we have learned that the assistant director who handed Baldwin the prop gun that was loaded with a live round neglected to check if it indeed was a “cold gun” (via The Hill):

The assistant director on Alec Baldwin’s film, “Rust,” said he neglected to do a thorough check on a gun used before a fatal shooting on set.

An affidavit from the Santa Fe Sheriff’s Office for a search warrant that was issued on Wednesday provided new details into the shooting last week, which left cinematographer Halyna Hutchins dead and director Joel Souza injured.

The document describes a series of checks that a prop gun used in the film by Baldwin was supposed to undergo.

So, again, it’s not the fault solely of the armorer. This whole production seemed mired in controversy. As we’ve noted before, the camera crew walked off the day of the incident. It seemed primed for a mishap and in this case—a fatal one that could come with criminal charges. New Mexico authorities did not rule it out.