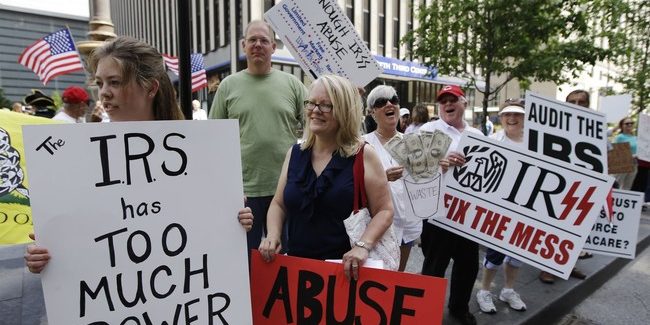 The White House has released a new spending framework (not a written bill) to bolster President Joe Biden’s Build Back Better agenda before he heads overseas Thursday afternoon.

The revenue portion of the plan shows the framework doubles funding the for IRS.

Previously, Democrats and the White House proposed allowing the IRS to monitor bank account transactions of $600. After outrage and criticism, that number was increased to $10,000. This week. Democrat Senator Joe Manchin said he told Biden the idea was “screwed up.”

“They were never enabled to go into bank accounts of an average individual. I told him, the president and I had this conversation,” Manchin said during a speech Tuesday. “I said, ‘Mr. President, I don’t know who put this out and how it got screwed up — when they said basically we’re going to start looking at $600 transactions — even if it is $10,000 dollars, that’s only $800 or $900 [per month].”

House Republicans are fighting back.