Dave Chappelle to Transgender Community: ‘I Am Not Bending to Anybody’s Demands’ 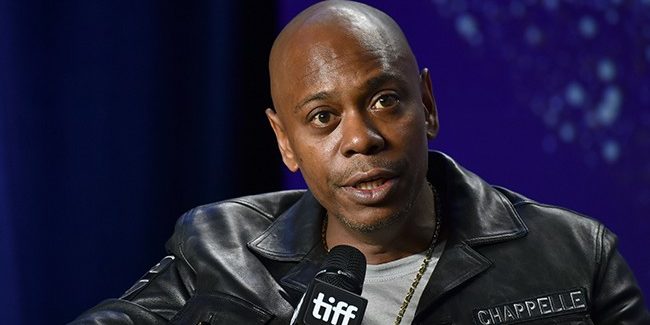 Comedian Dave Chappelle addressed the backlash over his Netflix special, “The Closer,” releasing a video to social media Monday in which he expressed his willingness to speak to those who took offense to his jokes before making clear that he would not be “bending to anybody’s demands.”

Chappelle, when announcing an upcoming documentary called “Untitled” in front of an audience in an Instagram video, decided to address the recent controversy regarding comments he had made during his Netflix special, when he said he agreed with author J.K. Rowling’s assessment that gender is a fact. Monday’s video began with him shooting down rumors that claimed he had been asked to meet with Netflix employees outraged over his remarks about gender. A number of Netflix employees staged a walkout over his special earlier this month to protest in solidarity with the transgender community.

“If they had invited me, I would have accepted it, although I’m confused about what we’re speaking about,” Chappelle said. “I said what I said, and, boy, I heard what you said. Oh, my God. How could I not?”

“They said you want a safe working environment at Netflix. Well, it seems like I’m the only one that can’t go to the office anymore,” he continued. Chappelle then pointed out that the media’s narrative of the controversy being him against the transgender community is false and that the LGBT community is not to blame, adding that corporate interests are looking to dictate what he is allowed to say.

“For the record, and I need you to know this, everyone I know from that community has been nothing but loving and supportive. So I don’t know what all this nonsense is about,” he said.

The 48-year-old comedian declared that he would not be summoned and would not be “bending to anybody’s demands” before offering an invitation to members of the transgender community who wish to express their grievances about comments he made in his Netflix special, but with stipulations.

“To the transgender community, I am more than willing to give you an audience, but you will not summon me. I am not bending to anybody’s demands,” Chappelle said. “And if you want to meet with me, I’d be more than willing to, but I have some conditions,” Chappelle said. “First of all, you cannot come if you have not watched my special from beginning to end. You must come to a place of my choosing and a time of my choosing. And thirdly, you must admit that Hannah Gadsby is not funny.”

He then shifted focus back to his documentary announcement, saying, “I desperately want people to see this movie. But I understand why investors would be nervous,” before telling the audience that he would be making the film available in 10 cities throughout the U.S. “You will be able to see this movie in its entirety, and you can see what they’re trying to obstruct you from seeing,” Chappelle said. “And you can judge for yourself, but you cannot have this conversation and exclude my voice from it. That is only fair. You have to answer the question, am I canceled or not?”