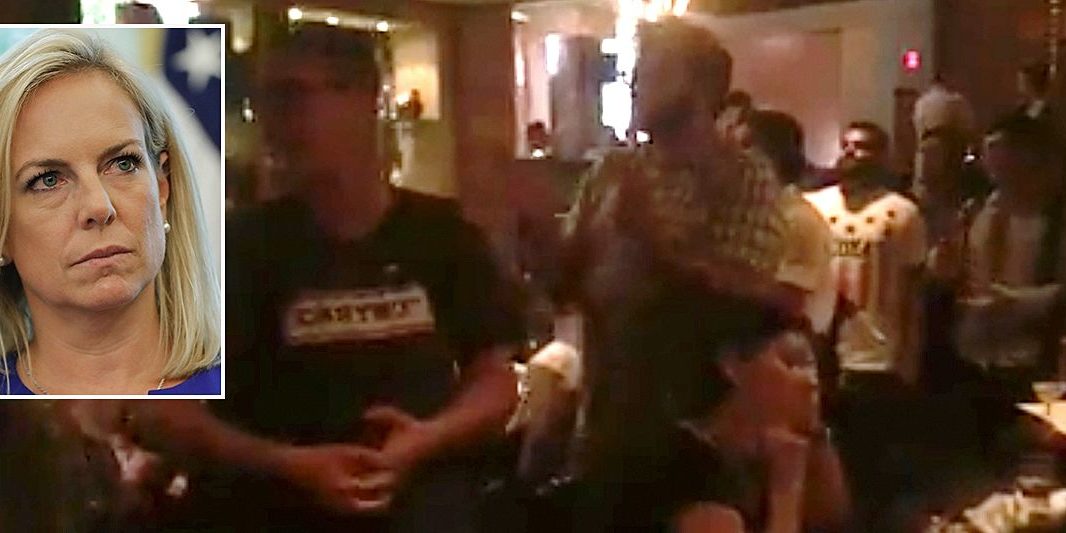 One of the socialist protesters who accosted Homeland Security Secretary Kirstjen Nielsen on Tuesday at a Mexican restaurant has been exposed as a Department of Justice employee.

Allison Hrabar, a member of the Democratic Socialists of America who attended the protest against Nielsen over the controversial border law enforcement, was revealed to be a paralegal specialist at the DOJ, the Washington Examiner reported.

“It feels really good to confront people who are actually responsible, which is what we have a unique opportunity to do in D.C.,” the DOJ worker told the outlet.

“It feels really good to confront people who are actually responsible, which is what we have a unique opportunity to do in D.C.”

Nielsen had to face an angry group of socialist protesters who repeatedly shouted “Shame!” as she attended a work dinner at a swanky Mexican restaurant in the nation’s capital.

“How can you enjoy a Mexican dinner as you’re deporting and imprisoning tens of thousands of people that come here seeking asylum in the United States?” another one shouted.

“If you see these people in public, you should remind them that they shouldn’t have peace.”

Hrabar wasn’t bothered by her association with the DOJ, citing her protected First Amendment rights to protest anyone outside her work hours. She went on to encourage people to confront officials in public places.

“If you see these people in public, you should remind them that they shouldn’t have peace,” she said. “We aren’t the only ones who can do this. Anyone who sees Kirstjen Nielsen at dinner, anyone who sees anyone who works at DHS and ICE at dinner can confront them like this, and that’s what we hope this will inspire people to do.”

But according to the Daily Caller, Hrabar has made a habit of using social media to send political messages during her work hours, including celebrating the protest.

“Keeping families together in jail is not an acceptable solution,” she wrote on Twitter on Wednesday afternoon.

In another tweet, she reportedly wrote: “No one who has ever made their living terrorizing immigrants deserves peace. If you see one in a restaurant, at a movie, or in your neighborhood, remind them of that.”