Even When They Try to Get It Right, Democrats Ultimately Get It Wrong on Standing Up for Israel 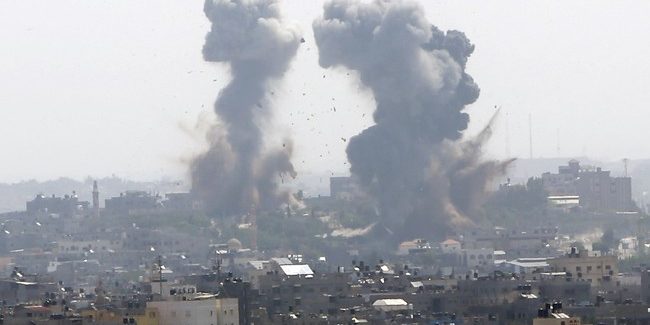 Editor’s Note: This piece has been updated to include a letter from Senate Republicans urging support of Israel.

When it comes to President Joe Biden reaching out to assure Israeli Prime Minister Benjamin Netanyahu of our support, the news came many hours after it should have.  The Biden administration was alarmingly slow to weigh in on the matter, not only to mourn the loss of life but stand up for our ally. Sure enough, former President Trump, whose accomplishments included moving the U.S. embassy to Jerusalem, issued a statement.

Rep. Alexandria Ocasio-Cortez (D-NY) called Andrew Yang, who is running for mayor of New York, “shameful” on Twitter. Yang’s crime? Daring to tweet his support of Israel, which is defending itself against declared terrorist organization Hamas.

To Israel’s detractors, including those in Congress, Israel is the terrorist, not Hamas. Caving to pressure, Yang clarified his tweet. Such a move is indeed “shameful,” though for the opposite reason AOC claims. It looks like Yang has upset both sides.

Okay, so what was the tweet that fired people up so badly that they called on Yang to drop out of the mayoral race, referred to him as someone who “proves once again that one does not have to be white to be a white supremacist,” and asked him not to come to an event celebrating the end of Ramadan?

The top response is something else, too. Why does an offensive, not creative, lazy argument trend so highly? Is Twitter full of people that dumb? Why am I even asking this? Of course, it is.

Sure enough, Yang felt the need to clarify.

He once more tweeted once the clarification came, calling it “really sad.”

Julia Marsh included input from Jewish leaders in New York City in her reporting for the New York Post:

“He expressed his support [for Israel] and I think people appreciate that,” Friedlander said.

Another squad member, Rep. Ilhan Omar (D-MN), has condemned Israel, which Nikki Haley called her right out on, as did Sen. Cruz.

Omar was, predictably, not thrilled about Biden’s ultimate stance.

Then there’s squad member Rep. Rashida Tlaib (D-MI), who infamously crossed out Israel from a map and who has been tweeting incessantly, even calling out the State Department for daring to support our ally.

Senate Minority Leader Mitch McConnell (R-KY) called out Democrats who have stayed silent. Meanwhile, there are so many Republican lawmakers tweeting their support for Israel it’s hard to keep track.