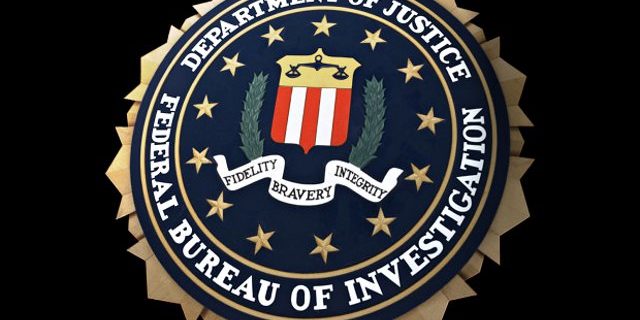 Congress may have the FBI’s documents on the Hillary Clinton email investigation – but Republicans are complaining that the way the files were handed over means only a few lawmakers can actually see them.

Senate Judiciary Committee Chairman Chuck Grassley, R-Iowa, says the bureau has “improperly” limited access to the files, by mixing in classified information with the rest of the material.

The result: a cache of documents that only some can see in their entirety.

In a letter Wednesday to the Senate’s security director, the top-ranking senator has asked that unclassified portions be provided to his staff – and chided the FBI for providing the files in this way.

“As I have expressed to the FBI in the past, it is inappropriate to unnecessarily mingle classified and unclassified information,” Grassley wrote.

The move comes after the FBI on Tuesday provided documents sought by Republicans on its investigation into the former secretary of state’s use of a private email server. This included summaries of interviews and other key documents.

The FBI, in doing so, warned lawmakers not to leak the files from its investigation involving the Democratic presidential nominee, noting they contain classified and other sensitive material.

Grassley, however, wrote in his letter that “a substantial amount of the material appears to be unclassified or has been explicitly portion marked as unclassified.” Notably, he said the interview summary for Clinton aide Huma Abedin and others appear “entirely unclassified.”

Yet because some sections are classified, access is restricted to the documents.

Congressional aides told The Associated Press that the investigative materials demanded by House Republicans are being kept in a secure room on Capitol Hill typically reserved for the nation’s most closely guarded secrets.

Access to the guarded room is restricted to members of the oversight, judiciary and intelligence committees and their staffs. Those without sufficient security clearances can read only redacted versions of the files and are forbidden from making copies or taking notes.

Republicans, meanwhile, insist that Clinton lied to Congress about her handling of emails when she testified last October before a House panel investigating the deadly 2012 attacks in Benghazi, Libya. The GOP is pressing the Justice Department to open a new investigation into whether Clinton committed perjury and sought the FBI documents.

FBI case files are typically kept confidential after an investigation is closed without a recommendation for charges, and the Clinton documents were sent to Congress accompanied by written warnings not to leak the information.

“These materials are nonpublic and contain classified and other sensitive material,” FBI Acting Assistant Director Jason Herring wrote. “For that reason, these materials may not be further disseminated or disclosed, in part or in full, without obtaining the FBI’s concurrence.”

Democrats, who have suggested Republicans are likely to leak portions of the FBI file selected to do political damage to Clinton, said they will comply with the FBI’s request not to release any information without the agency’s permission.

Rep. Adam Schiff of California, the top Democrat on the House Intelligence Committee, warned this week that providing the FBI’s confidential notes to the Republicans will discourage witnesses from cooperating with future investigations.

“The history of the partisan Benghazi investigation made it clear that any information that can be leaked by the majority to the prejudice of Secretary Clinton, will be leaked,” Schiff said.

Democrats, though, were the ones who first released an FBI letter to the House oversight committee regarding the documents.