Finally MLB Players Stand Up Against the Woke Mob 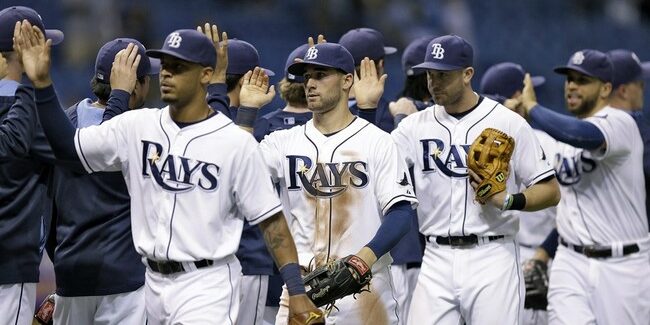 June is here which means the annual woke, month-long celebration of Pride is also here. In return, just about every corporation feels the need to bow down to the woke mob and plaster rainbow colors all over their logos.

However, five pitchers from a Florida Major League Baseball team — the Tampa Bay Rays — opted out of wearing the team’s custom made rainbow jerseys.  According to TMZ, Jason Adam, Jalen Beeks, Brooks Raley, Jeffrey Springs and Ryan Thompson stood for their beliefs and ditched the woke-embezzled uniforms because of “faith-based concerns.”

Adam said “it’s a hard decision. Because ultimately we all said what we want is them to know that all are welcome and loved here… but when we put it on our bodies, I think a lot of guys decided that it’s just a lifestyle that maybe — not that they look down on anybody or think differently — it’s just that maybe we don’t want to encourage it if we believe in Jesus, who’s encouraged us to live a lifestyle that would abstain from that behavior, just like (Jesus) encourages me as a heterosexual male to abstain from sex outside of the confines of marriage. It’s no different.”

Speaking for the other four players, Adam insisted that it is not a judgmental decision on their part and it’s not them “looking down,” concluding that it’s not the lifestyle that God encouraged people to live.

Contrary to the player’s decisions, LGBT+ sports journalist Cyd Zeigler hit back at Adam for daring to go against the radical agenda saying “will someone please show me the Bible passage that says ‘Thou shalt not wear a rainbow on thou’s clothing’?

Additionally Tampa Pride president Carrie West chimed in with her unsolicited comments accusing the players of hiding behind their religion, “to not say Thank You and get snubbed from the five players for Your Support and getting the $$$ for top salary dollars is truly a SHAME to be reckoned with! DO NOT HIDE BEHIND RELIGION! YOU HAVE ALREADY SHOWN YOUR COLORS.”

For a group who says they want nothing more than to be treated just like everyone else, they sure do demand a lot of recognition for their sexual desires.