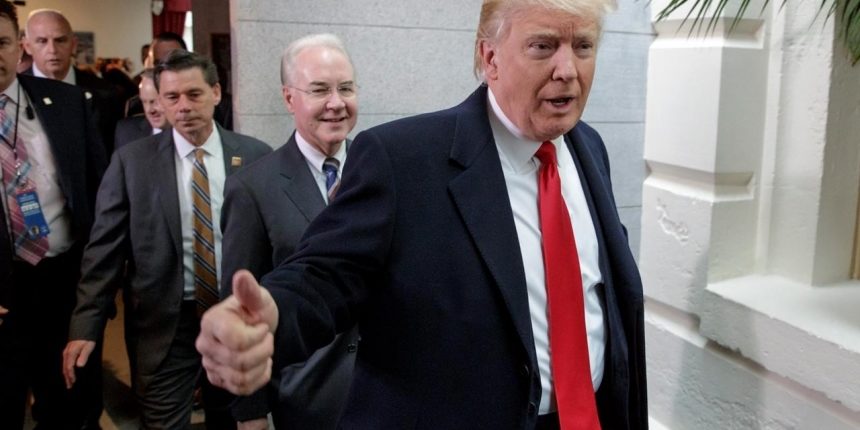 House Republicans’ ObamaCare replacement plan was in peril early Thursday after lengthy leadership and committee meetings failed to produce an agreement that would shore up support among conservative members.

“We have not cut the deal yet,” said House Rules Committee Chairman Rep. Pete Sessions, R-Texas. The committee spent 13 hours in session Wednesday without setting up a formal rule governing debate on the health care bill, which had been expected to be voted on by the full House Thursday. Sessions said he suspected that House Republicans would try to agree on a path forward for the bill when they meet in conference Thursday morning.

The Rules Committee, usually tightly controlled by GOP leadership, had been expected to let the chamber vote on revisions that top Republicans concocted to win votes. These include adding federal aid for older people and protecting upstate New York counties — but not Democratic-run New York City — from repaying the state billions of dollars for Medicaid costs. Instead, the meeting broke up without any of the amendments being voted on.

While the committee was in session, House Speaker Paul Ryan was meeting with moderate Republicans from Pennsylvania, Illinois, Maine and New York as well as members of leadership. One of those moderates, Rep. Charlie Dent, R-Pa., issued a statement Wednesday saying he would oppose the bill. “I believe this bill, in its current form, will lead to the loss of coverage and make insurance unaffordable for too many Americans, particularly for low-to-moderate income and older individuals,” Dent said before calling for House Republicans to “step back from this vote and arbitrary deadline to focus on getting health care reform done right to ensure that American families have access to affordable health care.” However, another Pennsylvania Republican, Lou Barletta, said he had switched from “no” to “yes” after Trump endorsed his bill to use Social Security numbers to hinder people from fraudulently collecting tax credits. Barletta, an outspoken foe of illegal immigration, said he had been promised a vote next month on the measure by Ryan.

The talks had focused on language to placate conservatives demanding repeal of ObamaCare’s requirements that insurers pay for so-called “essential health benefits” — specified services like maternity care, prescription drugs and substance abuse treatment. Earlier Wednesday evening, the leader of the House Freedom Caucus sounded a note of optimism after President Donald Trump huddled at the White House with 18 lawmakers, a mix of supporters and opponents. “Tonight is an encouraging night,” said Rep. Mark Meadows, R-N.C., who for days has said he has the votes to kill the measure. “But I don’t want to be so optimistic as to say the deal is done.”

The Republican legislation would halt Obama’s tax penalties against people who don’t buy coverage and cut the federal-state Medicaid program for low earners, which the statute expanded. It would provide tax credits to help people pay medical bills, though generally skimpier than the aid Obama’s statute provides. It also would allow insurers to charge older Americans more and repeal tax boosts the law imposed on high-income people and health industry companies. In a count by The Associated Press, at least 26 Republicans said they opposed the bill and others were leaning that way, enough to narrowly defeat the measure. The number was in constant flux amid eleventh-hour lobbying by the White House and GOP leaders. Including vacancies and expected absentees, the bill would be defeated if 23 Republicans join all Democrats in voting “no.”

In a show of support for the opponents, the conservative Koch network promised Wednesday night to spend millions of dollars to defeat the health care overhaul, the influential network’s most aggressive move against the bill. Moderates were daunted by projections of 24 million Americans dropping their health coverage in a decade and higher out-of-pocket costs for many low-income and older people, as predicted by the nonpartisan Congressional Budget Office. In addition to Trump’s powow at the White House, Vice President Mike Pence saw around two dozen lawmakers. Participants in the Pence meeting said there were no visible signs of weakened opposition and described one tense moment. Rep. Randy Weber, R-Texas, said White House chief strategist Steve Bannon told them: “We’ve got to do this. I know you don’t like it, but you have to vote for this.”

Weber said Rep. Joe Barton, R-Texas, bristled. “When somebody tells me I have to do something, odds are really good that I will do exactly the opposite,” Barton said, according to Weber.

Rep. Steve King, R-Iowa, said that talk of deleting the insurance coverage requirements had converted him into a supporter. But before the late talks, others were skeptical. “We’re being asked to sign a blank check,” said Rep. Scott Perry, R-Pa., who’s been an opponent. “In the past, that hasn’t worked out so well.” Some Republicans were showing irritation at their party’s holdouts, all but accusing them of damaging the GOP. “At some point we have to cowboy up and prove we can govern,” said Rep. Kevin Cramer, R-N.D. “Otherwise we’re just going to be the `no’ party and some people are OK with that, it appears.”