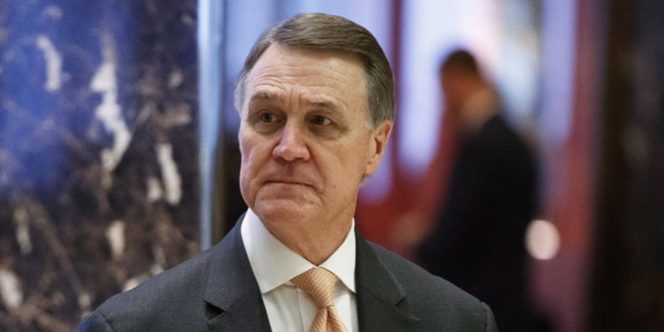 Republican Senator David Perdue insisted Sunday that President Trump did not use the word “sh*thole” to refer to Haiti, El Salvador, and African nations during a bipartisan immigration meeting last week.

“I’m telling you he did not use that word, George. And I’m telling you it’s a gross misrepresentation. How many times do you want me to say that?” the Georgie Republican told ABC’s “This Week” host George Stephanopoulos.  Perdue was among the lawmakers who participated in the meeting during which Trump reportedly asked “Why are we having all these people from shithole countries come here?”  While the White House did not deny the comments, President Trump did, saying on Friday that it was not the language he used.

“The language used by me at the DACA meeting was tough, but this was not the language used. What was really tough was the outlandish proposal made – a big setback for DACA!” he wrote on Twitter.

Perdue doubled down in the interview, saying what The Washington Post reportedwas a “gross misrepresentation was that language was used in there that was not used and also that the tone of that meeting was not contributory and not constructive.” The Georgia Republican’s account contradicts Sen. Dick Durbin’s (D-IL), however, who told reporters last week that the president did use that term and that Sen. Lindsey Graham spoke up.