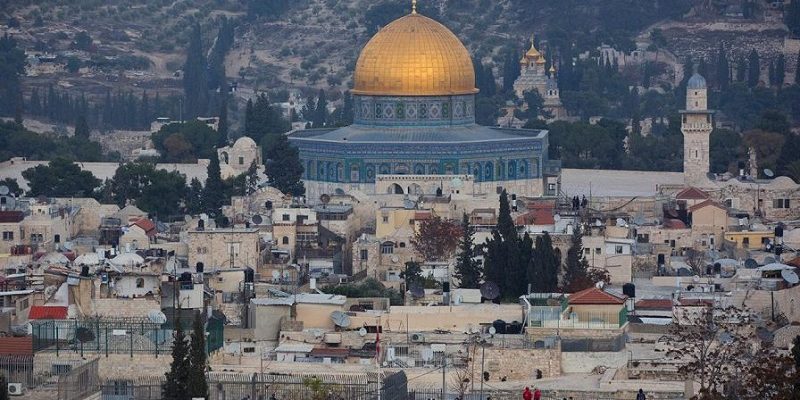 Terror group Hamas is calling for a “day of rage” Friday, urging Palestinians to protest President Donald Trump’s plan to recognize Jerusalem as Israel’s capital and move the U.S. Embassy there from Tel Aviv. The group, designated a terrorist organization by the U.S., encouraged Palestinians in an official Arabic statement to send a message “with all available means” to Israel after the upcoming Friday prayers. It added that making Jerusalem the Israeli capital was crossing a “red line.”

“We call on the people of Palestine to declare ‘rage day’ on Friday against Israel, denying the U.S. plan to move its embassy from Tel Aviv to Jerusalem and to recognize Jerusalem as Israel’s capital,” the statement read. It added: “The youth and the Palestinian resistance in the West Bank need to respond with all means available to the U.S. decision that harms our Jerusalem. Jerusalem is a red line and the resistance will not allow any desecration of it.” Senior Hamas chief Ismail Haniyeh also called upon people to stand against efforts to “Judaize” Jerusalem, according to the official group account in Arabic.

The warning follows reports that Trump will recognize Jerusalem as the capital of Israel on Wednesday and will move the U.S. Embassy from Tel Aviv to the Holy City, although the process could take up to four years to complete. Hamas’ English social media accounts, which tend to offer a watered-down version of hostile statements, said the Palestinian leadership urges Palestinians to organize “demonstrations” against Israel and the U.S.

“Palestinian factions declare days of anger on Wednesday, Thursday and Friday and to hold demonstrations in cities and in front of Israeli embassies and consulates,” Hamas’ Twitter account read. According to Hamas’ charter, which outlines key principles and policies, the terror group aims to establish a state of Palestine “with Jerusalem as its capital” and states that “not one stone” of the city can be given up.

“Jerusalem is the capital of Palestine. Its religious, historic and civilizational status is fundamental to the Arabs, Muslims and the world at large. Its Islamic and Christian holy places belong exclusively to the Palestinian people and to the Arab and Islamic Ummah,” the charter reads. “Not one stone of Jerusalem can be surrendered or relinquished. The measures undertaken by the occupiers in Jerusalem, such as Judaization, settlement building, and establishing facts on the ground are fundamentally null and void.” Multiple Middle Eastern countries have come out against the decision to recognize Jerusalem, with Turkish President Recep Tayyip Erdogan saying Monday that moving the capital was a “red line” for Muslims.