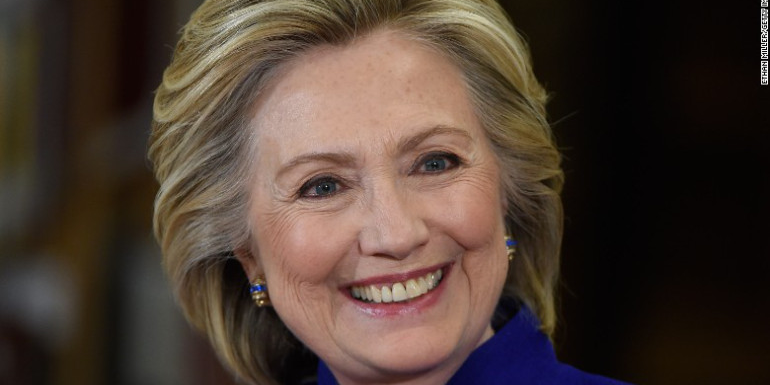 Allegations of anti-Trump bias inside Special Counsel Robert Mueller’s team are reviving Republican claims of a “double standard” at the Justice Department, with GOP critics saying Hillary Clinton enjoyed comparatively “special” treatment when she was investigated over her personal email use as secretary of state.

“Hillary Clinton gets special justice, and at the same time we’re siccing people who hate the president … on him and that’s deeply unfair,” Rep. Matt Gaetz, R-Fla., told “Fox & Friends” on Wednesday morning.

Gaetz and other House Republicans have asked FBI Director Christopher Wray for an investigation into the FBI’s treatment of Clinton and then-candidate Donald Trump during the 2016 campaign. Gaetz has specifically sought information on former FBI boss Andrew McCabe saying in an email last fall that the Clinton case was referred to as “special.” The new revelations about members of Mueller’s team only fueled those concerns. It emerged over the weekend that FBI official Peter Strzok was removed from the Mueller probe over the summer after allegedly sending anti-Trump texts to an FBI lawyer with whom he was romantically involved.

Then on Tuesday, conservative advocacy group Judicial Watch released an email showing a Mueller deputy praised outgoing acting Attorney General Sally Yates after she was fired in January by Trump for refusing to defend his controversial travel ban. The email, obtained by Judicial Watch through a federal lawsuit, shows that on the night of Jan. 30, Andrew Weissmann wrote to Yates under the subject line, “I am so proud.” He continued, “And in awe. Thank you so much. All my deepest respects.”

President Trump has seized on the reports about Strzok’s views, drawing attention to his role in the Clinton email investigation and referring to him as “tainted” and “very dishonest.” Fox News confirmed that Strzok oversaw the FBI’s interviews with former national security adviser Mike Flynn, who pleaded guilty last week to lying to federal investigators. He also was present during the FBI’s July 2016 interview with Clinton at the close of the email investigation, shortly before then-FBI director James Comey called her actions “extremely careless” without recommending criminal charges.

Gaetz said Wednesday that a “double standard” is being applied, joining other House Republicans who also want to know what role Strzok played in the controversial anti-Trump dossier that made its way to the FBI last year. Using a term popular among Trump-allied Republicans, Gaetz called for cleaning out the “deep state” of people “who are so biased against Donald Trump.”

A report in the Daily Caller also noted that while Flynn pleaded guilty to lying to investigators, top Clinton aides Huma Abedin and Cheryl Mills did not face punishment for telling investigators they were unaware of Clinton’s private server until after she left the State Department – though email exchanges suggest otherwise. In a statement over the weekend responding to the Strzok reports, special counsel spokesman Peter Carr said Mueller’s office removed Strzok from the Russia probe “immediately upon learning of the allegations” of the anti-Trump texts.

Separately, House Intelligence Committee Chairman Devin Nunes, R-Calif., has threatened a contempt resolution against leaders in both the Justice Department and FBI if they don’t turn over key information related to the dossier and other issues.

Fox News has learned the DOJ is now in the process of handing over Strzok’s anti-Trump text messages. It’s unclear whether this will satisfy committee Republicans.

The DOJ has also contacted the office of House Speaker Paul Ryan to establish a date for Strzok’s appearance before House Intelligence Committee staff, along with two other witnesses long sought by the Nunes team. The Justice Department maintains that it has been responsive to the House panel’s demands, including private briefings for panel staff by senior DOJ and FBI personnel and the production of several hundred pages of classified materials available in a secure reading room at DOJ headquarters on Oct. 31.

A DOJ spokeswoman said Sunday they will “continue to work with congressional committees to provide the information they request consistent with our national security responsibilities.”