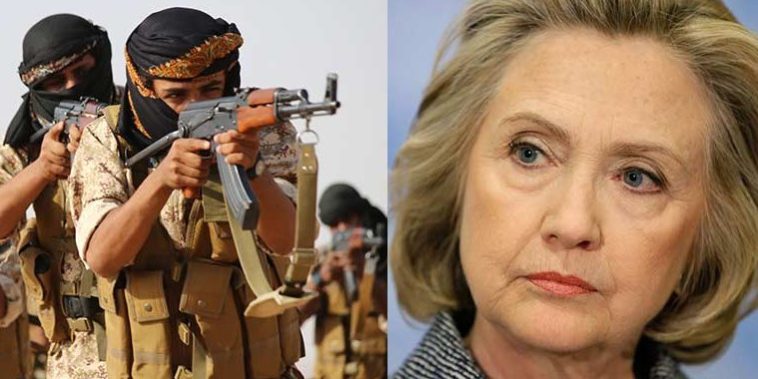 t has been clear for quite awhile now that Hillary Clinton did a ton of favors for her donors while she was Secretary of State. What was previously unclear was that she spent a majority of her time at the State Department courting donors to her “foundation.”AP reports that more than half the people outside the government who met with Hillary Clinton while she was Secretary of State gave money to the Clinton Foundation. This woman has absolutely no morals or ethics, and she literally spent more than half of her time as our chief diplomat making money for herself.The new Associated Press report gives Hillary Clinton a slight pass for her immoral judgement, but that isn’t what she deserves. According to the Associated Press, 55% of the private individuals who met or had private phone conversations with Clinton when she was Secretary of State were donors to the Clinton Foundation.

Newly released emails have also revealed what we have known: Clinton and her State Department aides continuously did favors for Clinton Foundation donors that offered her large sums of money (pay for play). In one email exchange, Hillary Clinton declined to meet with a prince from Bahrain, but then they held a sit-down meeting the week after he made a large donation to her foundation.

After the meeting and donation to Clinton’s foundation, she used the State Department to approve a significant increase in arms sales to his country’s armed forces — including $70,000 worth of “toxicological agents” during the Arab Spring and a controversial amount of missiles and armored vehicles.

Not included in the AP’s calculations were 16 other individuals who worked for foreign governments and met Hillary during her tenure as Secretary of State. The AP report covers a few specific cases of “pay for play,” but we have all known about that for awhile. What else don’t we know?

Sources extremely close to Hillary’s aide Huma Abedin indicate that from 2008-2012, Hillary approved weapon sales to 10 terrorist groups throughout the Middle East. The source adds that all 10 of those groups worked with ISIS and gave them all of our supplies. Those are the real kind of deals Hillary approves.

Hillary approved these kind of deals because it gave her leverage. She armed terrorist groups that made rich Muslim nations uncomfortable. So then Hillary would cozy up to Iran and Saudi Arabia and offer to help them fight terrorism only if they donated to her foundation.

Think that’s crazy? Then why has Saudi Arabia donated more than $30 million to Hillary Clinton since 2010? How did Iran all of the sudden get a nuclear deal and $150 billion? Clinton was behind all of that for personal gain.

The AP’s analysis is just more proof of how corrupt Hillary was and continues to be. What has not been released yet is that Hillary supplied many terrorist groups that eventually formed ISIS. Hillary gave rise to ISIS, and that will be released in Julian Assange’s “October surprise” when he releases the documents proving that.While we wait on the released documentation proving her connection to ISIS, we clearly see that Clinton Foundation donors had a heavy influence on Clinton and demands on her schedule during her time as secretary have caused many to question the influence these individuals would have on her as president.