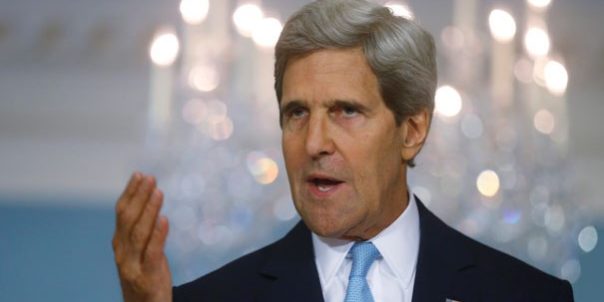 The State Department – the same agency that assured us that $400 million cash payment to Iran wasn’t ransom for four American prisoners they had held hostage – is now warning Americans not to travel to the country.

At particular risk, the warning notes, are Americans with dual citizenships, as well as former Muslims who converted to other religions.

Of course, it became immediately clear Iran was not interested in improving relations with the U.S. Soon after signing the dotted line on the nuclear accord, Iran captured 10 of our American sailors, tried to send weapons to Yemen and showed no signs of slowing down its ballistic missiles testing. These developments finally got Obama to admit Iran was not honoring the “spirit” of the deal.

Yet, all must have been forgotten on the one-year anniversary of the agreement in July, when both Obama and Secretary of State John Kerry couldn’t say enough about how the deal had made the world safer and proved what can happen when nations practice a bit of “principled diplomacy.”

So, to sum up the White House’s assessment, there was no ransom and Iran has proven to be a diplomatic partner – but travel there at your own risk.