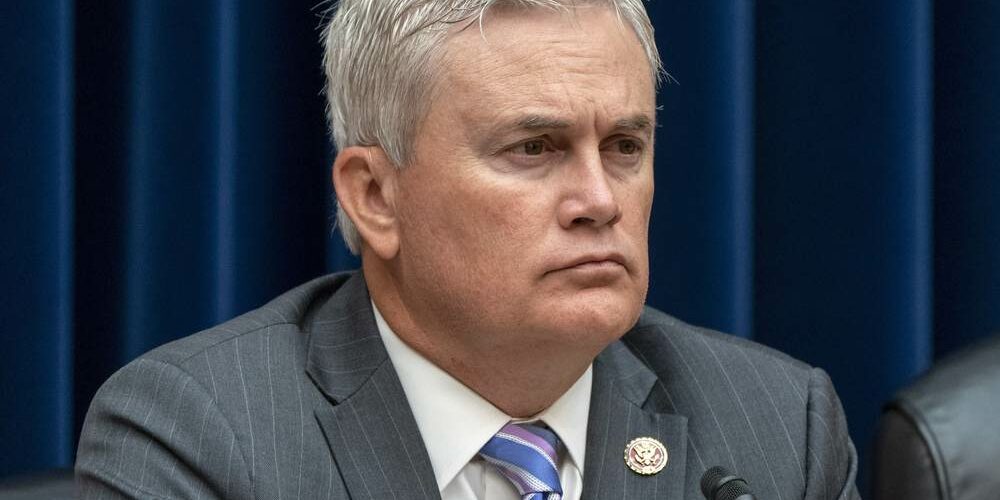 Rep. James Comer of Kentucky, the new chairman of the House Committee on Oversight and Accountability, is taking his duties seriously, already jumping into the growing Biden scandal regarding revelations that then-former Vice President Joe Biden kept classified government documents in a private office for years. You know, the same thing he attacked his predecessor Donald Trump as “irresponsible” for doing.

In a letter sent fewer than 24 hours after news of Biden’s improper possession of sensitive documents broke, Chairman Comer asked the National Archives and Records Administration (NARA) and the White House Counsel’s Office for more information about President Biden’s “failure to return highly classified records from his time as vice president.”

Comer’s letter to NARA scolded the agency for its apparent refusal to disclose the situation with Biden and the classified documents from his time as Obama’s VP:

For months, NARA failed to disclose to Committee Republicans or the American public that President Biden—after serving as Vice President—stored highly classified documents in a closet at his personal office. NARA learned about these documents days before the 2022 midterm elections and did not alert the public that President Biden was potentially violating the law. Meanwhile, NARA instigated a public and unprecedented DBI raid at Mar-a-Lago—former President Trump’s home—to retrieve presidential records. NARA’s inconsistent treatment of recovering classified records held by former President Trump and President Biden raises questions about political bias at the agency.

And in his letter to the White House Counsel’s Office, Comer put a finer point on his questions about Biden’s hypocrisy:

The president has previously called the mishandling of presidential records “totally irresponsible.” Recent reports reveal that classified documents in the custody of then-Vice President Biden were discovered in a closet at a Washington, D.C. office. The Committee requests documents and information related to the White House’s handling of this matter

Comer’s letter to the White House also noted that “[t]he Committee is concerned that President Biden has compromised sources and methods with his own mishandling of classified documents,” borrowing a quote from Biden himself when he asked how Trump could have been so “irresponsible” to have classified records at his private estate.

Oversight Chairman Comer wasn’t done pointing out the White House’s failure to hold itself to the standards stated by Biden and his Justice Department:

Under the Biden Administration, the Department of Justice and NARA have made compliance with the Presidential Records Act a top priority. President Biden has claimed he was not going to “get myself in the middle of whether or not the Justice Department should move or not move on certain actions they could take.”

The Committee expects President Biden will receive equal treatment under the law given that he maintained classified documents in his unsecured office for several years with access to an unknown number of people.

While it’s still too early to know how cooperative NARA or the White House Counsel’s Office may be, it seems that Chairman Comer is taking his oversight duties seriously and not wasting time in getting to the bottom of the Biden administration’s newest emerging scandal, with a pile more waiting to be addressed in the weeks and months ahead.