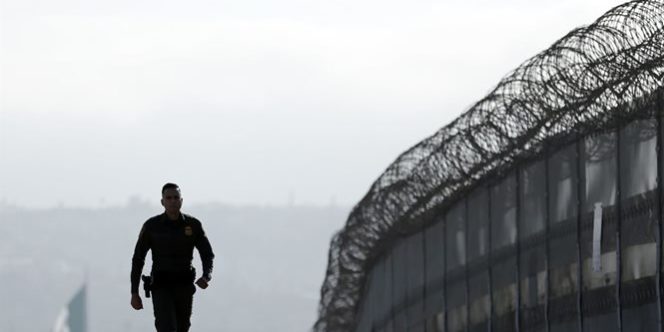 On Sunday, hundreds of Central American migrants from the ‘caravan’ caused chaos as these supposed asylum seekers ignored the demands of their guest country, Mexico, and rushed the United States border despite repeated warnings to stop their illegal activity. These individuals, who became illegal aliens the second they violated American law by attempting to enter the country improperly, forced the busy San Diego border port to close down as well required the Mexican and United States government to put up other blockades.

CNN reports that the “US Customs and Border Protection closed road and pedestrian bridges on Sunday at the San Ysidro port of entry, one of the largest land border crossings between San Diego and Tijuana, Mexico.”

As crowds amassed, around 500 migrants overwhelmed federal and local Mexican police blockades and rushed toward the US border near Tijuana. The crowds are made up of men, women and a lot of children, said freelance reporter Alfredo Alvarez, who is in the crowd.

By then, bridge and pedestrian border crossings were closed in both directions. The migrants headed for the cargo area where the railroad crosses, Alvarez said.

The migrants appeared to be meters from the US border wall, Alvarez said. He could not see from his position if the migrants had managed to get across the actual border.

But, members from charities embedded in the caravan claim that the actions today were in an effort to make the struggle of the caravan more obvious to both the Mexican government and American officials.

“Irineo Mujica, who has accompanied the migrants for weeks as part of the aid group Pueblo Sin Fronteras, said the aim of Sunday’s march toward the U.S. border was to make the migrants’ plight more visible to the governments of Mexico and the U.S.,” reports CBS News.