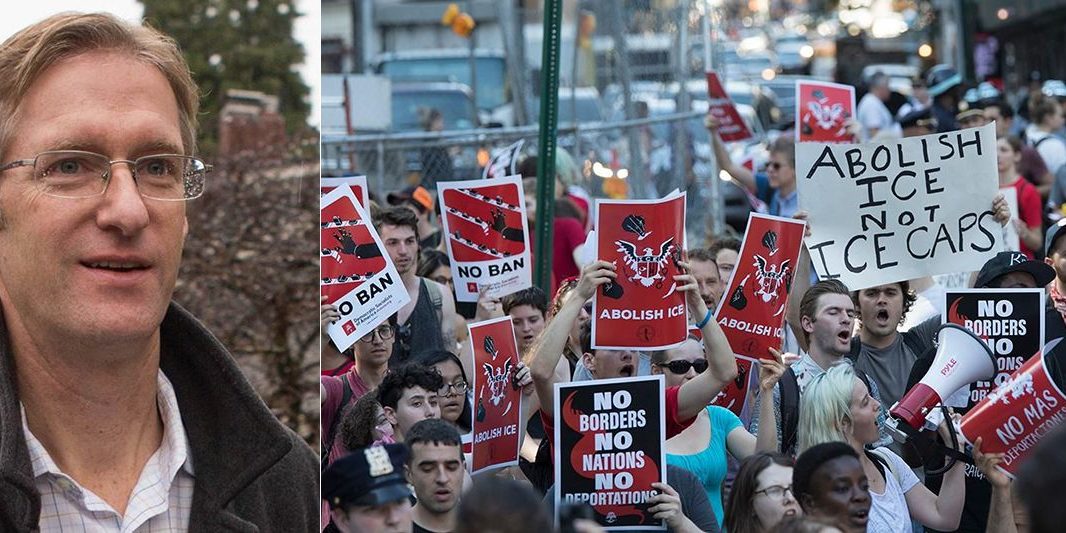 In a cease-and-desist letter sent to the city on Monday, which says Wheeler’s order “created a zone of terror and lawlessness,” agency employees argued that the mayor violated the Constitution in doing so. The order for police to stand down “left protesters free to shut down the building leased by U.S. Immigration and Customs Enforcement, build an encampment on nearby land, and mount a harassment campaign against employees to further the anti-ICE movement’s demands for the federal agency’s abolition,” The Washington Times reports.

“When the mayor gave the order that police would not support ICE employees trapped in the facility, he turned the lives of our employees over to an angry mob,” Chris Crane, president of the National ICE Council, said in the letter.  “The mayor stated publicly that he supported the protests, which were supposed to be about protecting immigrant families. But what about the moms and dads that we had working in that building? What about their kids?” Crane told the Times. “These are questions that we’ll be expecting the mayor and city of Portland to be answering in the days to come.”

While the protesters’ story has been well-documented, the ICE employees who were first trapped inside their building, then later were blockaded from entering it for a week, have not gotten as much attention.

Now they are beginning to talk about the harassment they faced even when outside the office.

One ICE employee recounted to The Times the harassment of a disabled Marine veteran who was interning at the office on the first full day of the protests. He was managed to get around the blockade to pick up his daughter but only after his car was scratched and tires slashed. He then was followed to the camp.

The veteran’s initial calls for police assistance were ignored. He was allowed to make a report on the damage to his vehicle, but after he called to report being followed, police told him they were staying out of the matter, the ICE source told The Washington Times.

“When it comes to basic police protection that should transcend politics,” the employee said, laying blame at the feet of the mayor. “It comes down to life and death. He was irresponsible.” (Washington Times)

The cease-and-desist letter demands an apology from Wheeler. It also requests he agree to a meeting and states that city police need to respond to citizens’ pleas for help no matter who they work for. The letter also warns of a potential lawsuit if Wheeler’s response is inadequate.