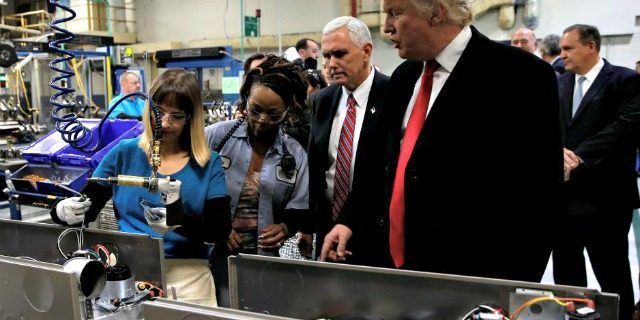 The election of Republicans Karen Handel and Ralph Norman “illustrate that voters are frustrated with Washington gridlock and do not want to introduce new barriers to tax, healthcare, and regulatory reform, which are holding back American small businesses and 85 million people who depend on them for their livelihood. Voters are still focused on the change they voted for last November,” the Georgia-based organization said:

These victories are especially impressive as Democratic candidates received tens of millions of dollars in contributions from out-of-state donors in states like California, New York, and Massachusetts,” a press release stated. “They follow other recent Republican special election victories in hotly contested races in Montana and Kansas. JCN now calls on Congress to come together to use this political capital to pass the legislative reforms that will help small businesses create jobs, raise wages, and expand their businesses.

The 15-city tour launched in Dublin, Ohio and saw dozens of business owners and blue-collar workers gather and discuss the significance tax reform can have on the economy. Elaine Parker, president of Job Creators Network, said her organization’s polling of small businesses cited taxes as a major concern. “Seventy percent of our small businesses responded that high taxes was really hurting the viability of their businesses and preventing them from expanding,” Parker said. Job Creators Network president and CEO Alfredo Ortiz said, “the victories by Karen Handel and Ralph Norman demonstrate Americans’ commitment to President Trump’s job creation agenda.”

“While they are fed up with gridlock that prevents needed reforms, they recognize that voting for more barriers to legislative reform would only make things worse,” he added. “Now, Congress must use this political capital to pass the tax, healthcare, and regulatory reforms that Americans want and need.” Job Creators Network advocates on behalf of thousands of U.S.-based small business owners and lobbies for lower taxes and fewer regulations.