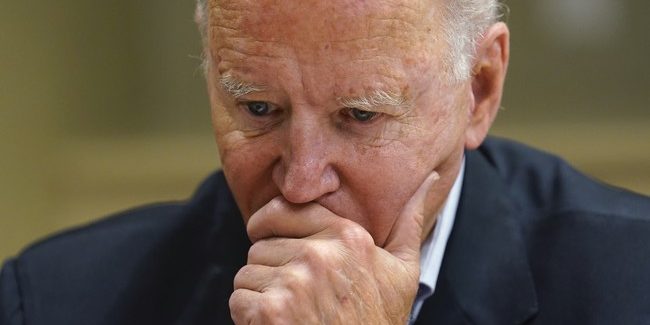 The Biden administration’s plan to distribute post-pandemic farm loan relief to non-white farmers was hit with another legal defeat on Thursday.

District Court Judge S. Thomas Anderson of the Western District of Tennessee issued a preliminary injunction to halt the U.S. Department of Agriculture from moving forward with the loan payment plan that excluded white farmers and ranchers.

“The Court finds that Plaintiff has shown a substantial likelihood that he will prevail on his claim that Section 1005 violates his right to equal protection under the law,” the decision states. “Absent action by the Court, socially disadvantaged farmers will obtain debt relief, while Plaintiff will suffer the irreparable harm of being excluded from that program solely on the basis of his race.” On behalf of Tennessee farmer Rob Holman and Wyoming rancher Leisl Carpenter, the Mountain States Legal Foundation and the Southeastern Legal Foundation challenged the program’s constitutionality on equal protection grounds.

In a recent op-ed explaining why she sued, Carpenter said as a sixth-generation rancher, “Biden’s law is seemingly designed to racially humiliate Americans like me.

“To qualify under the bill, an applicant or his farm needn’t have experienced racial discrimination,” she continued. “There is not even a requirement that the applicant have suffered any direct economic loss due to the lockdowns. Skin color is the most important consideration.”

After this latest defeat, the Biden administration may finally take a hint.

So far the White farmers and ranchers challenging the program are batting 1.000 against the Biden administration.

On July 1, U.S. District Judge Reed O’Connor in the Northern District of Texas issued a preliminary injunction blocking the USDA from implementing the program, a week after U.S. District Court Judge Marcia Morales Howard in the Middle District of Florida did the same.

Those orders were more sweeping than the temporary restraining order delivered June 10 by a federal judge in Wisconsin on behalf of 12 White farmers. (The Washington Times)

“What’s it going to take for the Biden-Harris Administration to comply with the Constitution?” said MSLF General Counsel William E. Trachman in a statement. “Now that their discriminatory farming and ranch debt relief has been enjoined by another court as a violation of the equal protection clause, the writing is on the wall.? It’s time to treat all of us like Americans, regardless of our skin color.? The pandemic didn’t discriminate when it hurt farmers and ranchers last year, and the government shouldn’t discriminate now.?Racial segregation was wrong before, it’s wrong now, and will be wrong forever.”