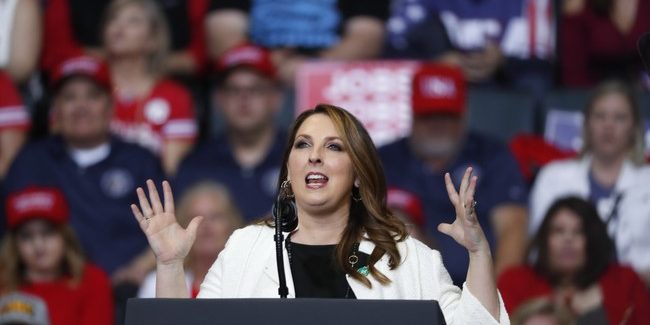 The Republican National Committee (RNC) and National Republican Senatorial Committee (NRSC) are teaming up to fight the Biden administration’s lawsuit against the state of Georgia over its newly-enacted voting reform law. The Department of Justice (DOJ), led by Attorney General Merrick Garland, baselessly claimed that the Election Integrity Act denies voters of color access to the ballot box.

The RNC and NRSC are intervening to fight against a “Democrat power grab,” RNC Chairwoman Ronna McDaniel said.

“After failing to sell H.R.1 / S.1 to the American people, Joe Biden and Democrats are weaponizing the Justice Department by trying to strong-arm the state of Georgia into making its elections less secure. The RNC is intervening in this case because the security of the ballot is more important than Democrat power grabs,” McDaniel said. “We look forward to working with the NRSC to fight this incredibly weak lawsuit, which will follow Brnovich v. DNC as another Republican win for election integrity and the rule of law.”

The Supreme Court recently upheld Arizona’s similar voting law, which was challenged by the Democratic National Committee (DNC). The high court’s ruling weakens the DOJ’s case against Georgia’s law that is overwhelmingly popular.