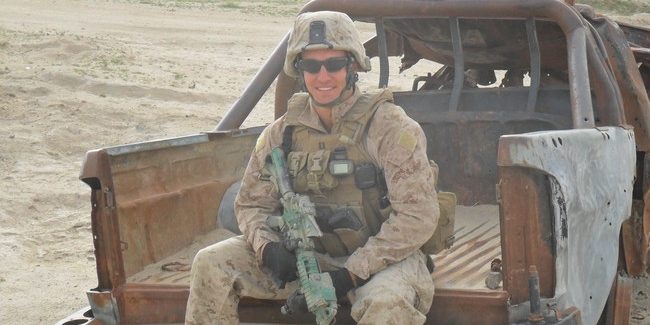 Lt. Col. Stuart Scheller announced on his Facebook account that he has officially submitted his letter of resignation of his commission in the Marine Corps after he was relieved from command for posting a video asking for accountability for the debacle in Afghanistan.

In the initial video, Scheller, who at the time was the company commander for Advanced Infantry Training Battalion at Camp Lejeune, said senior military leaders would not admit they messed up.

“The reason people are so upset on social media right now is not because the Marine on the battlefield let someone down…people are upset because their senior leaders let them down and none of them are raising their hands and accepting accountability or saying, ‘We messed this up,'” Scheller said.

“I’m not saying we’ve got to be in Afghanistan forever, but I am saying: Did any of you throw your rank on the table and say ‘Hey, it’s a bad idea to evacuate Bagram Airfield, a strategic airbase, before we evacuate everyone,'” Scheller asked. “Did anyone do that? And when you didn’t think to do that, did anyone raise their hand and say ‘We completely messed this up.'”

Scheller acknowledged what he was doing was suicide for his career in the military, especially considering he was three years short of reaching twenty years in active duty service, but he felt compelled to voice what many in the rank-and-file were feeling.