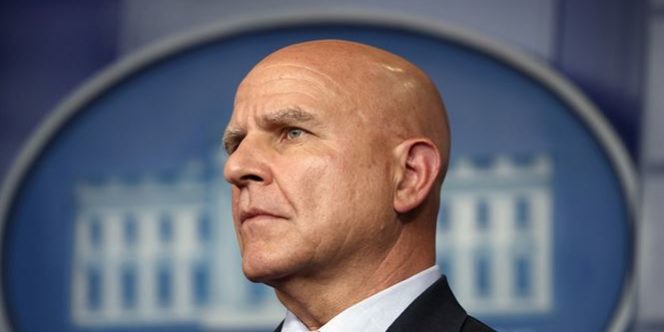 Speaking to ABC’s “This Week,” McMaster said “anytime that you commit an attack against people to incite fear, it is terrorism.” One person died during the white supremacist rally after a car crashed through a crowd of protesters, killing one and injuring nearly 20 others.

McMaster said it was “a criminal act against fellow Americans. A criminal act that may have been motivated — and we’ll see what’s turned up in this investigation — by this hatred and bigotry, which I mentioned we have to extinguish in our nation.” His comments come after President Trump came under fire for not being more specific in condemning the white supremacist groups involved, but rather attributing the violence to “many sides.”

“We condemn in the strongest possible terms this egregious display of hatred, bigotry and violence, on many sides. On many sides,” the president said. “It’s been going on for a long time in our country. Not Donald Trump, not Barack Obama. This has been going on for a long, long time.” Democrats and Republicans alike slammed the president for failing to be more specific.

“This isn’t a time for innuendo or to allow room to be read between the lines. This is a time to lay blame,” Republican Sen. Cory Gardner said Sunday on NBC. An unnamed White House spokesman later sought to clarify Trump’s remarks, saying he “condemns all forms of violence, bigotry and hatred” and that “of course that includes white supremacists, KKK Neo-Nazi and all extremist groups”—a point that Vice President Mike Pence also reiterated during a news conference in Cartagena, Colombia.

“We have no tolerance for hate and violence, white supremacists or neo-Nazis or the KKK,” Pence said.