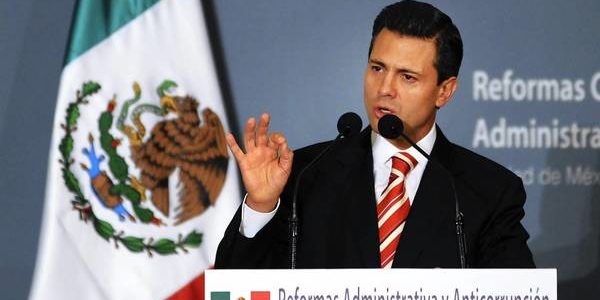 File this one under Fake News.

The Associated Press’ report Wednesday stating that President Trump threatened to invade Mexico if the country doesn’t handle its “bad hombres down there” was so inaccurately reported that the Mexican government issued a statement calling out the news organization.

President Donald Trump threatened in a phone call with his Mexican counterpart to send U.S. troops to stop “bad hombres down there” unless the Mexican military does more to control them, according to an excerpt of a transcript of the conversation obtained by The Associated Press.

The excerpt of the call did not detail who exactly Trump considered “bad hombres,” nor did it make clear the tone and context of the remark, made in a Friday morning phone call between the leaders. It also did not contain Mexican President Enrique Pena Nieto’s response. […]

“You have a bunch of bad hombres down there,” Trump told Pena Nieto, according to the excerpt given to AP. “You aren’t doing enough to stop them. I think your military is scared. Our military isn’t, so I just might send them down to take care of it.”

A person with access to the official transcript of the phone call provided only that portion of the conversation to The Associated Press. The person gave it on condition of anonymity because the administration did not make the details of the call public.

“The assertions that you make about said conversation do not correspond to the reality of it,” the Mexican government said in a statement. “The tone was constructive … and it was agreed by the presidents to continue working and that the teams will continue to meet frequently to construct an agreement that is positive forMexico and for the United States.”

The White House seemed pleased to have someone else calling out the U.S. media for a change.

“Reports that the President threatened to invade Mexico are false. Even the Mexican government is disputing these reports,” a White House official said.

The AP isn’t the only one to have reported fake news about the call. According to the report, Mexican website Aristegui Noticias said Trump humiliated Nieto, an allegation that “is based on absolute falsehoods,” Mexico’s foreign relations department said.