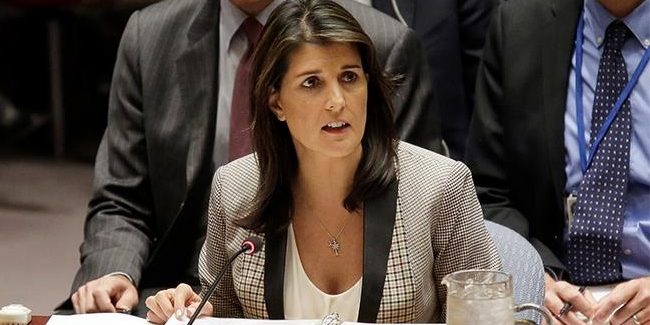 President Joe Biden designated Vice President Kamala Harris to combat the humanitarian crisis at the southern border, but the vice president has not acknowledged the reality of the crisis. Harris has no plans thus far to visit the border to see the crisis firsthand, as Republicans in both chambers have.

Former U.N. Ambassador Nikki Haley took note of Harris’ incompetence with the border crisis, arguing that the vice president is “missing in action” amid a humanitarian crisis. “He [Biden] gives Kamala Harris– apparently, she’s the one in charge. This is the same person who encouraged 7,000 migrants to come to America. She referred to ICE as the KKK,” Haley said on Fox News’ America Reports. “She’s been missing in action. God help us if she ever becomes president, because if this is how she handles a crisis, I just can’t imagine how she would run our country.”

Haley also noted that Biden is “obsessed” with reversing Trump administration policies, even at the expense of both the American public and migrant children. Biden’s reversal of Trump-era immigration policies, which proved to be effective, was one of his first moves as president.

Various members of the Biden administration, including the president and vice president, have thus far refused to acknowledge the severity of the ongoing border crisis. Despite pleas from border patrol agents overwhelmed by an influx of crossings, Department of Homeland Security (DHS) Secretary Alejandro Mayorkas characterized the border situation as a “challenge.”