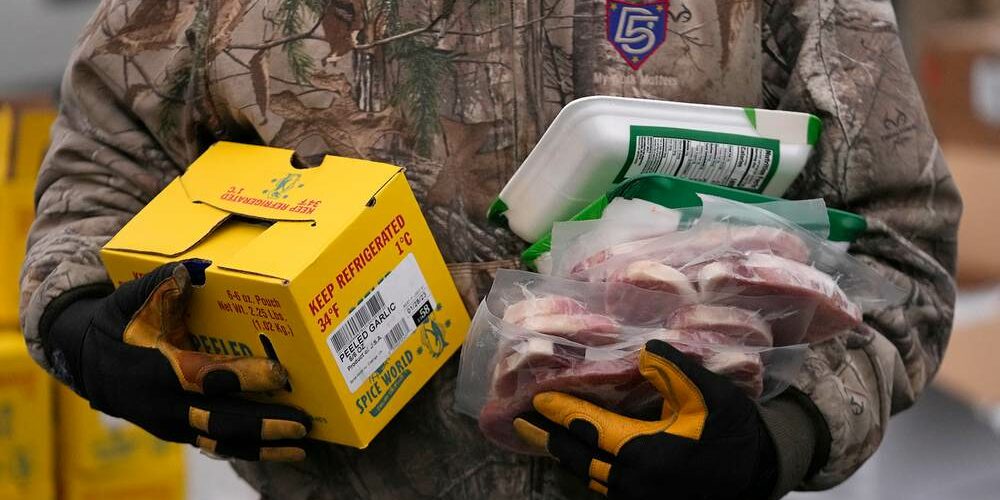 Consumer prices decreased 0.1 percent in December according to the latest read of the Consumer Price Index released on Thursday morning, but still advanced 6.5 percent over the last 12 months, in line with Wall Street expectations for the latest report on the costs paid by Americans,

As the Bureau of Labor Statistics explained in its release of December’s CPI, the index for gasoline was “by far the largest contributor to the monthly all items decrease” — a volatile index that is not expected to remain on a downward trajectory as spring and summer approach.

Other components in the energy index, however, continued their uphill climb in the last month of 2022 to take the full category to a 12-month increase of 7.3 percent.

Even as fuel oil costs fell 16.6 percent in December, the cost for the necessary expense to keep homes warm through the winter is still 41.5 percent more expensive than it was one year ago. Meanwhile, electricity costs for Americans advanced 14.3 percent over the last 12 months and piped utility gas bills increased 19.3 percent in 2022.

The more stable core CPI number — which excludes food and energy — increased 0.3 percent in December, an acceleration from November 2022’s 0.2 percent increase, for an annual core inflation rate of 5.7 percent as most indexes continued to see prices rise.

Among the indexes that continue to spike is food, up 10.4 percent in the last 12 months. Food at home — what Americans fill their pantries with — increased 11.8 percent while food away from home — the cost of eating at a restaurant — advanced 8.3 percent.  The surging price of eggs has been in the news lately, and December’s CPI showed that those prices increased 59.9 percent in the 12 months ending in December 2022 after increasing more than 11 percent in December alone. But eggs aren’t the only grocery store items that saw double-digit percent increases in 2022.

According to the latest Consumer Price Index, here’s how much costs for necessary grocery staples increased from December 2021 to December 2022:

The growing cost of food products saw a staggering 305.2 percent increase in the cost of food at elementary and secondary schools.

Comparing the still-rising costs of necessary goods with the latest unemployment report for December 2022 — the weakest of the year — that showed wage growth advancing 4.6 percent over the 12-month period, meaning real wages for Americans remain at a negative 1.9 percent as they struggle to make ends meet to pay their rent, grocery, and energy bills.