In Olympics, let’s focus on the winner of the race — not the race of the winner 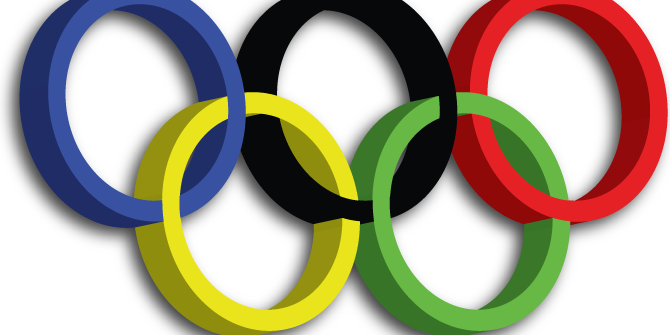 Unless it’s changed overnight, the motto of the Olympics, since 1894, has been “Faster, Higher, Stronger.” It appears the U.S. Olympic Committee would like to change that to “Darker, Gayer, Different.” If your goal is to win medals, that won’t work. A USOC official was quoted this week expressing pride (what else?) about taking the most diverse U.S. squad ever to the Winter Olympics. That was followed by a, frankly, embarrassing laundry list of how many African-Americans, Asians and openly gay athletes are on this year’s U.S. team. No sport that we are aware of awards points – or medals – for skin color or sexual orientation.

Some breakthroughs in American sports were historic, none more so than Jackie Robinson’s in baseball. But Robinson didn’t make the Majors because he was black. His legendary career occurred in an age of outright racial discrimination, because he was was better at the game than almost everyone around him.

If someone is denied a slot on a team because of prejudice, that’s one thing. Complaining that every team isn’t a rainbow of political correctness defeats the purpose of sports, which is competition.

As my Fox News colleague Ed Henry wrote in his excellent book, “42 Faith: The Rest of the Jackie Robinson Story,” Robinson was not a kvetcher. “Don’t complain, work harder,” was his approach to the game, and the game of life.

Jeremy Lin, who played basketball at Harvard before joining the New York Knicks, did not become a media hero – remember “Linsanity?” – due to his Chinese heritage, but because he almost single-handedly turned around the struggling Knicks in 2012, and had fans delirious over his graceful shots and calm under pressure. Back in 1993, when, it seems, America still had a sense of humor, the movie “Cool Runnings” portrayed a Jamaican bobsled team whose members willed themselves to compete in the 1988 Winter Olympics. Why was their feat noteworthy? Um … no snow in Jamaica, not racial prejudice.

That same year, Michael Edwards riveted world attention to the ski jumping competition. Didn’t matter that he finished last. “Eddie the Eagle,” as he was known, came from Great Britain, which also doesn’t get much snow and whose highest elevation is 4,400 feet. Ski off that hill and you’re more likely to land in sheep dung. Insisting that sports bow to political correctness by assigning teams quotas for race, religion or sexuality is like saying that professional basketball goals will be worth four points if achieved by a minority in that sport – white guys, for instance –  instead of the two or three points awarded to black players, who make up 81 percent of the NBA. Any plans to fix that disparity? Didn’t think so.

If someone is denied a slot on a team because of prejudice, that’s one thing. Complaining that every team isn’t a rainbow of political correctness defeats the purpose of sports, which is competition. At the Olympic level, not everyone is a winner. Not everyone gets a little plastic trophy to take home.